Last month Opera integrated a VPN straight into the developer channel of its desktop browser. And today the company is releasing a similar tool for iOS.

In fact, Opera has launched a new app for iPhones and iPads, which will bring you a free and unlimited VPN. You can choose between five virtual locations: the US, Canada, Germany, Singapore, and the Netherlands for your stealth browsing needs. 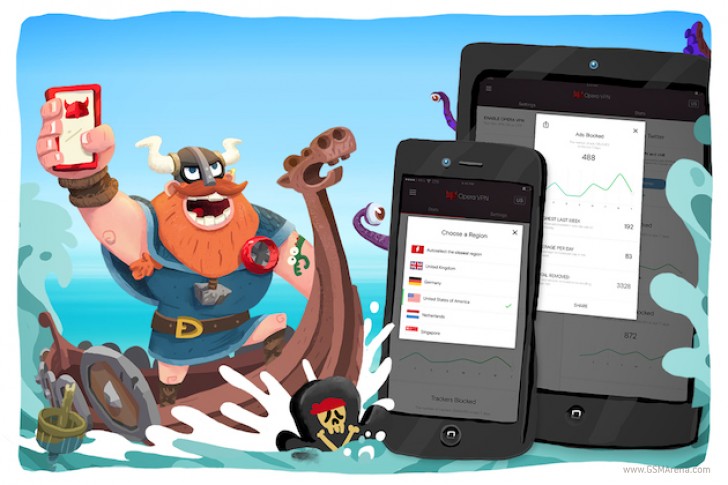 The app is already available in the iTunes App Store in "select markets". The VPN service is powered by SurfEasy, a VPN company that Opera acquired last year. SurfEasy has had an iOS VPN app for a very long time, but in that case you don't get unlimited traffic for free, there's a monthly fee attached. With Opera's VPN, it's all free forever.

Opera boasts that it's the first "major tech company" to launch a free VPN for iOS, which may be true depending on how you choose to define the word "major". Anyway, this is clearly a useful service for many - allowing you to access services that may otherwise be blocked by your school or your employer, or countering the geo-tarding tactics used by most video streaming services. What's more, the Opera VPN will also remove ad-tracking cookies when it's activated.

Free VPN collect data from your browser and its very insecure. Better to go with paid VPN such as PureVPN in my opinion is great.

wow, very useful.. and the speed is decent too.. good enough to stream youtube without buffering..

Why record 4k? All the phones right now are encoding it in H.264 which results in huge video files. 1080p is just fine (maybe 60fps for places with plenty of light) at the moment. My G3 won't record more than 5 minutes of 4k video and most of the t...