The Oppo 3007 has popped up on Chinese certification authority TENAA revealing a mid-range variant of the Oppo Find 7. The phone is built around a 4.7" IPS display of 720p resolution and packs a 1.2GHz quad-core CPU and 1GB of RAM. 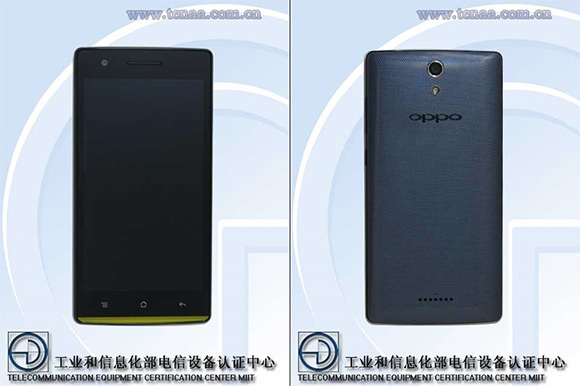 The camera duet is 8MP and 5MP in the rear and front, respectively. Sadly, the main camera is limited to 720p video recording as suggested by TENAA. Judging from the photos, the back is done in a nice, grippy texture. Another interesting design touch is the green bar at the front. Above it, there are the traditional for Oppo capacitive touch buttons for Menu, Home and Back.

The company recently unveiled the Oppo N3 cameraphone as well as the ultra thin Oppo R5. While it's unlikely the 3007 to launch by the time for Christmas, it's more than possible to see its launch early 2015.

the company's name oppo sounds like a name for a pet gorilla :)