Oppo is holding a launch event next Monday on April 13 for the upcoming Reno Ace 2. The device will bring all the latest flagship components including the Snapdragon 865 chipset, dual-mode 5G connectivity and 65W wired fast-charging. In addition, we’ve been hearing about the phone’s 40W wireless charging capabilities and now a new listing on the Wireless Power Consortium (WPC) confirms Oppo’s plans to bring a 40W AirVOOC wireless charger. 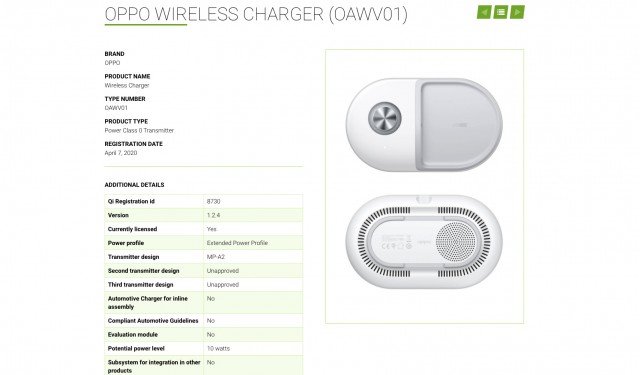 The new Qi charging pad features a white and grey design with a designated tray for placing the phone on the right and what looks like a spinning fan on the top left side. The bottom comes with a plethora of air vents to help dissipate heat and also gives us a look at the charger's specs. Interestingly enough, the max output is rated at 65W but this is likely through a plugged-in cable instead of the wireless method which tops out at 40W. 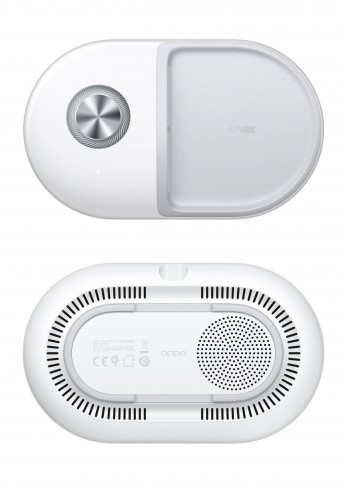 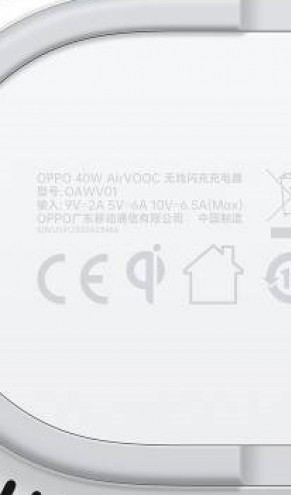 The other remaining question marks left are pricing and availability but we’ll have to wait till next Monday’s event to learn those.

Probably .. but that would be in the next few years ..coz right now they want us to buy it separately :)) thats how company work..