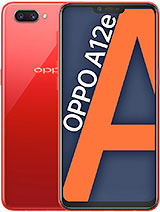 Admin!! How much more time to update my phone?😣

this phone is literally sucks , its just one year i use , it started to auto restart whenever i am using .... the camera is just blur

The camera literaly sucks, it blocks my screen.
Plus the keyboard thingy or whatever is worse, why?
You somehow just tap other keys other than the key your aiming for, example, everytime i type i accidentaly press r instead of e and e instead of r, it also goes with other keys. THIS IS BAD. GET BETTER AT MAKING PHONES

Anonymous, 30 Mar 2021So this is basically a rebranded Realme C1 and an Oppo A3s with a different name smhits also the same as oppo a5 2018 and realme 2 (w/ fingerprint) so basically this phone has 4 names its been rebranded 3 times for 2 years

Whatever, 19 Oct 2020And..if they angry..why they bought that phone???They we're angry after they found out their phone was overprice, oppo tries to sell their phone. (My opinion)

1. boast the phone's camera even tho it's just the megapixel higher, they don't focus on aperture
2. User found out that their phones can't get major android updates, oppo is well known for it, but what about the new users??
3. Bloatwares, bloatwares can also makes your phone sluggish.. user's Wants a clean device.. you know what i mean ..
4. Oppo phones might lag in just a year even tho you bought the mid range device ($200)
5. User found out there's other great alternatives, good specs.. other than oppo obviously...

For my personal opinion, i'm using my oppo A7 and this device was expensive to be snapdragon 450, and other brands came out the same year A7 launched has 600+ series snapdragon chips, and they sell those phones cheaper.. next phone i'll bought was xiaomi. The poco x3 nfc (6+64) which launched last year (2020) was amazingly good value, and fun fact, that phone was cheaper than my oppo device when this was released in 2018, and that phone can even get 3 years major update... Think about that..

I want to update this phone to android 10😭

Update this oppo a12e to android 9

I just want this phone update to android 10

This is exactly Oppo A3s that was released 2+. years back. At least Oppo please update this to at least Android 9 if you wish to rerelease and clear your old A3s inventory.

I bought yesterday, it has a notable delay comparing with the Galaxy S7 edge
the problem would be more clear when using Hotspot, youtube on PC is so slow and all other web applications also

bought it for my dad.. i think overall is ok, cant expect much for a below-rm500 phone

but i really hope a12e can be updated to android 10
if this happen, it will be good enough

Total of 59 user reviews and opinions for Oppo A12e.
ADVERTISEMENTS