The Oppo F15 unveiled last year with Android 9 Pie-based ColorOS 6.1 received the Android 11 beta in India in January, and it appears the testing has gone smooth as the company has started rolling out the stable build of Android 11-based ColorOS 11.1.

According to Oppo's rollout schedule announced earlier this month, the F15 was supposed to get the Android 11 stable update in India starting March 17. But some users have already received the latest version of Android, indicating Oppo has started seeding the update to a limited number of users, and a broader rollout will commence in a few days if no bugs are found. 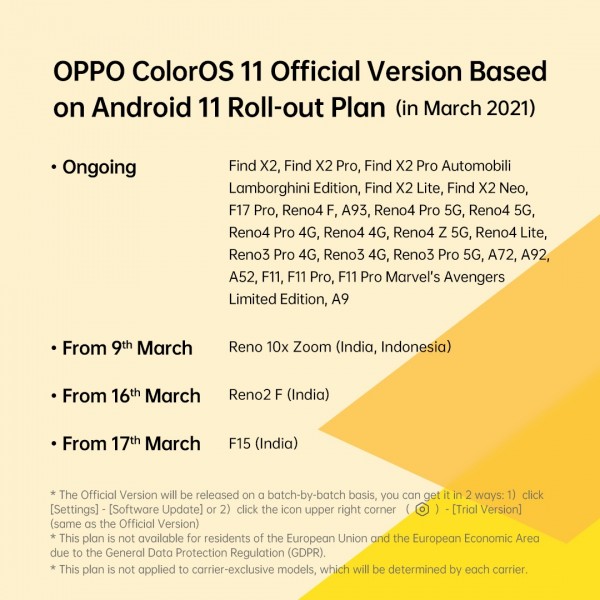 We don't have the detailed changelog of the update yet, but a screenshot shared on Twitter reveals the new build improves the system stability, performance, and charging speed on the F15 while also optimizing its camera.

The ColorOS 11.1 stable update carries firmware version CPH2001_11_F.10 and should reach all the Indian units in a week or two.

After updated my fingerprints didn't work How to solve help me 😭