Yesterday Oppo announced that it will soon bring the F17 Pro to India. The company is promoting it as the "sleekest phone of 2020" since it is 7.64mm thin and weighs 164 grams. Oppo hasn't revealed the entire specs sheet of the F17 Pro yet, but today it shared a short clip, which not only confirms the existence of the F17 but also reveals the F17 lineup's design.

The video reveals that the Oppo F17 lineup will pack a display with a pill-shaped hole in the top-left corner for two cameras. And as we speculated, the back is home to four cameras arranged in a square formation, with the LED flash on the right side. 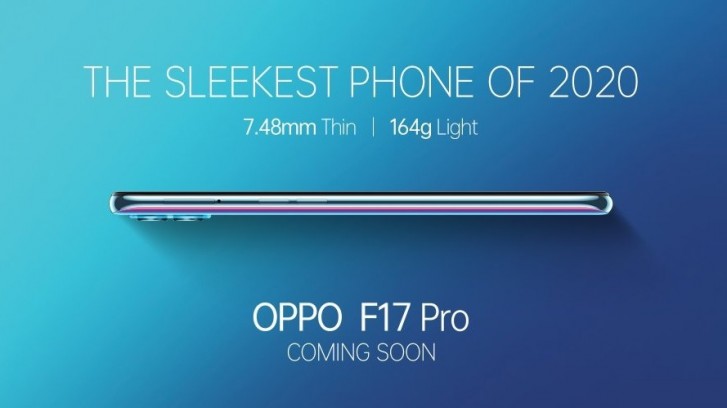 Upon closer inspection, you can also notice the 3.5mm headphone jack at the bottom on the left side of the USB port. We also see no fingerprint reader on the phone's back or on the power key located on the right frame, meaning it's likely placed under the display like the Oppo F15. You can watch the video below.

Specifications of the Oppo F17 and F17 Pro are still a mystery right now, but the duo is expected to arrive in India in early September, so we'll likely hear more about the pair in the coming days.

I'd rather have my current phone with 2 decent camera's (both 16mp, normal and ultrawide) than a phone with more but not decent ones except for the main. I don't understand it either tbh haha. My phone sucks at portrait mode (a depth s...

Dual punch hole tho? No thx..