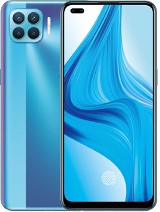 Poor camera both camera are worse not good

I got a black spot on my OPPO f17 pro screen.

Vishal, 09 Dec 2020It's been 1 months 14 days i have purchased oppo F17 pro and after this new update phone&... moreYes, as it was updated to new version battery draining very fast need to fix it ASAP!!!

My opp17 pro phone not working any call recording app
Some time many applications not working like g.pay
Phone pay any suggestions con contact

Marco, 16 Dec 2020Could it be possible to know if the Air Gesture functionality works with WhatsApp, Viber and s... more How too only 4g

It May be a good phone but I don't like it because of it,s Small Battery

Could it be possible to know if the Air Gesture functionality works with WhatsApp, Viber and similar calls (this feature is quite useful to me as it lets answering calls without touching the smartphone)? The user guide and company's web site just state it works to answer calls, but after testing some other phones who also have similar features, it appears they work only with 4G / "regular" phone calls, not calls received through third-party apps.

Dometalican, 02 Sep 2020It's nice that it's a slim phone but it's missing too many features (stereo spe... moreMay you share an example of a phone that has all these features you would like to add and is a compact? Including all these extra features, assuming it’s possible, would result in a much more expensive phone I believe.

Vishal, 09 Dec 2020It's been 1 months 14 days i have purchased oppo F17 pro and after this new update phone&... moreYeah last Android 11 version drain too much battery

It's been 1 months 14 days i have purchased oppo F17 pro and after this new update phone's battery doesn't even live for atleast 8 hours
Initially when I use to charge it Fully it worked till 1 day all over
But yesterday it's been 4 times I have charge it till 100% and still it doesn't work as it was before...
This is been worst experience with me for the first time with oppo ....
Please fix it...soon

Front camera is not worthy..
VOOC charging, make phone charges in lightning speed..
But the heaviest charger with 2 pin (it should have been 3 pin), always plug out from the standard power outlets..I don't know why this much heavily weight charger unit.... where the phone is very low weight..
Not recommended to use dual SIM, because the battery drain so fast and call connectivity issues...
Not worthy of the price...

It's waste I am using it's getting heat and camera is not nice chi I won't like this options also same as.A71 pro also my mom is using

Anonymous, 30 Nov 2020I feel like Oppo F series phones are just bad in general. Their A series & Reno series ... moreUpdate, it seems Oppo F11 Pro camera is quite good.

I feel like Oppo F series phones are just bad in general.

I didn't like pictures nor videos. The pictures deteriorate too much as you move away from the center. The details of road & cars are so bad...
It has 2 depth sensors, yet the portrait blur's edge-detection is as bad as >100EUR phones without depth sensors.

Does it at least support Gcam?

And is its camera better than ANY of these phones:
Realme 5 Pro
Realme 6
Redmi Note 9s
Huawei P30 Lite
Oppo A92?

faisal95, 25 Nov 2020I've been extremely using this device with the latest coloros11 update for around 12 days... moreThis is strange.. as my mother's phone is is also freezing on home screen and Android Auto freezes when screen gets locked. While on my 10k priced narzo by realms and Samsung flagship it works fine... Same thing on Poco ..

My small review of his phone after using it for around 1.5 months:

It has a decent processor so don't buy it if gaming is your main preference.
Other than that, the design is really impressive. It's so lightweight and thin that it will give you a premium vibe.
The camera is good. I'm impressed with the night flare portrait feature!
It has received the latest Android 11 & coloros 11 update some weeks ago.

When the device was released it was a bit overpriced then, now the price has decreased and it has become a great value for money.

Anonymous, 06 Sep 2020is it availble in uk? cuzz can't find it on amazon I think it might be available under this model name: Oppo A93 or Oppo Reno 4 lite