Getting noticed in a busy place like the smartphone market is no easy feat, but Oppo's decision to go after the selfie-loving crowd is one that seems to be paying off so far. Granted, technological gems like VOOC fast charging have likely played a part too, but it's no accident that the Selfie Experts are the most popular Oppo phones in our database. 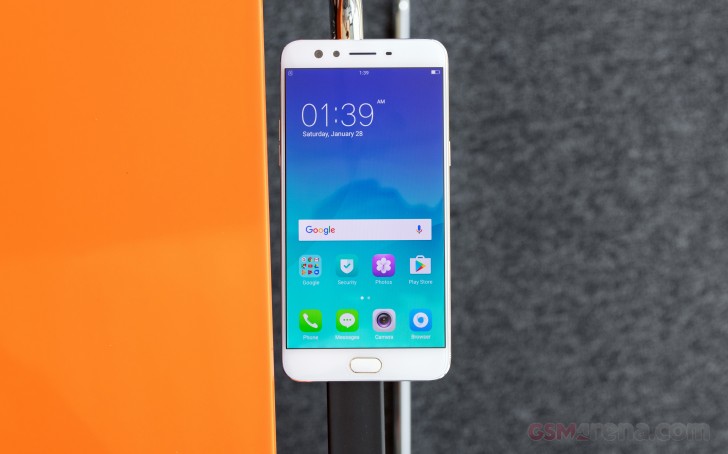 Hardly a surprise then that the Oppo F3 and F3 Plus follow the same strategy. A 16MP rear / 8MP dual selfie setup is these guys' claim to fame. The 6-inch F3 Plus that's about to keep us busy for a good while is quite a big bloke but, other than that, we don't yet know how it differs from its sibling.

Back in March, Oppo made both handsets official, and the focus was entirely on the Plus version. All we were told about the regular F3 is that it would sport a 5.5-inch display - no word on stuff like the chipset, battery or even screen resolution. The gaps will likely be filled soon enough, but for now let's focus on the F3 Plus and the quick rundown.

The Oppo F lineup started small. The original Oppo F1 selfie expert came as a compact (well, five inches nonetheless) budget option. It was followed by the much more ambitious F1 Plus that scored big time at the domestic box office, despite costing nearly twice as much at $450. Finally, the F1s settled in between to eventually become the most popular handset in the family.

Oppo F3 Plus in official photos

And while they say you shouldn't fix what isn't broken, Oppo decided to tinker with the second generation. The F3 Plus comes to take the lead, in a bid perhaps to show that the company feels much more at home in the upper market segment. With a Snapdragon 653 and a generous 4GB of RAM, the new phablet certainly sounds intriguing - and not only in imaging terms.

Dual cameras dramatically changed smartphone photography and placing a pair of lenses at the front - not just the rear - may as well be the new fad. We'll know soon enough if the Oppo F3 Plus benefits, and how.

oppo f3 plus have clone app in setting