Oppo launched the Find X back in June and now is back to business as usual with its other devices. The F-series is selfie-driven, since the Oppo F5 arrived with 20 MP front snapper, while the Oppo F7 upgraded to 25 MP, embedded in the cutout on top.

According to Oppo Malaysia, the successor will be called Oppo F9 and the phone is already being prepared for a launch in August with an even smaller notch. 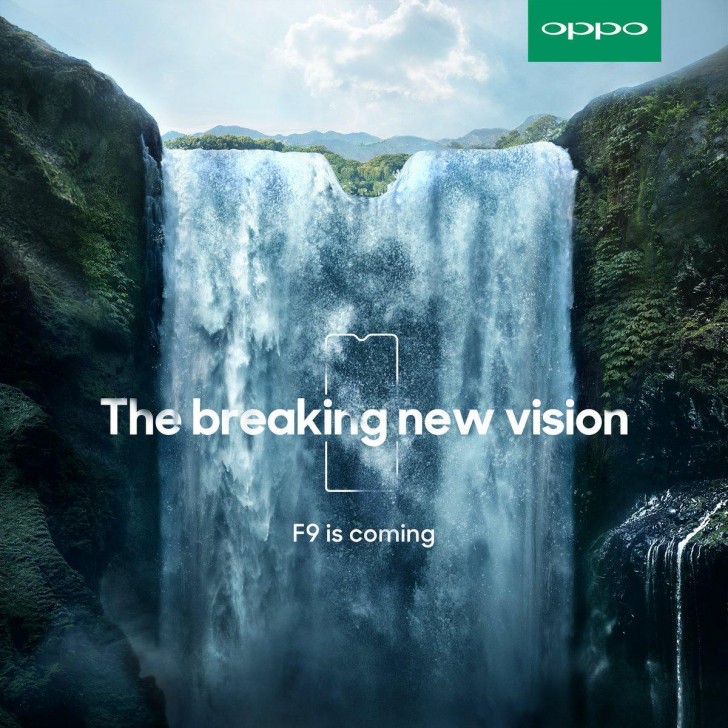 The image was posted by the Malaysian division on its official Twitter page and said it will have “waterdrop screen”. The message, accompanying the photo also raised some deep philosophical question how will a waterdrop fall on the screen, whatever that means. We think it is a hint the Oppo F9 will be waterproof with at least IP67 compliability.

The Oppo F3 had dual front cameras and a regular 16:9 ratio screen that evolved into 18:9 when the Oppo F5 was announced. The forehead of the phone switched to a notch by the time Oppo F7 was made official and now it appears the cutout will be the smallest ever in an Oppo device, similar to what Essential did to the PH-1.

My reasoning is simple. Because there's one optimal solution. It's like asking why do all cars have to have 4 wheels to be stable, when there are 3 wheeled cars also. It's why we have only one opposable thumb. The notch doesn't make sense, only as a ...

Why should every model conform to your standard? We've had boring bezels for so many years; I like that phones offer some variety now. Buy one of the many headband+chinstrap models on the market.

They are following Sony frequent release.