This may feel like a bit of a deja vu, but today is the official unveiling of the Oppo F9. It boasts a 90.8% screen to body ratio, its 19.5:9 screen covering most of the front and featuring a small V-shaped notch. That notch houses a 25MP selfie camera with hardware support for HDR.

The other camera, the one on the back, is a 16MP + 2MP dual shooter. The second sensor is used for bokeh effects while the 16MP sensor does most of the work (it has an f/1.8 aperture).

The Oppo F9 is powered by the Helio P60, which specializes in AI tasks. This extends to the camera, of course, with AI Beautification 2.1. The chipset is hooked up to 4GB of RAM (with a 6GB option) and 64GB storage. It runs Color OS 5.2 based on Android 8.1 Oreo. 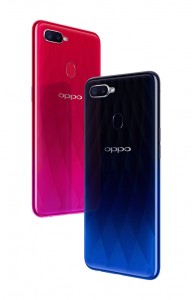 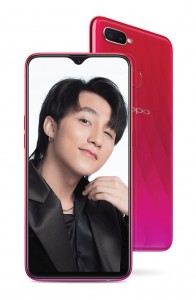 The F9 packs a relatively large 3,500mAh battery with VOOC flash charge support. The charging is done over an outdated microUSB port, though. On the up side, there's a 3.5mm headphone jack.

The back of the Oppo F9 has a gradient paint job with and is available in three colors: Sunrise Red, Twilight Blue and Starry Purple. The first two feature a tessellated pattern while the Starry option is speckled with gold “stars”.

In mid range mobile samsung is losing grip because of Redmi Note 5 pro, nokia 6, moto g6 plus. And similarly it is losing grip in high end because of oneplus 6 success. There is much less space for Samsung. Terrible treats.

Oppo's displays are fine by my experience .. The oppo f7 display was slightly dim but tgey promised for 450 nits and that's good.. Colors and contrast are good tho I'm sure.. And the cpu is p60 which a really great cpu it outperform the sd636! A...

It obviously overtake many other mobile in this price range. The next gen is started where oppo, vivo, xiaomi ready to eat or surpass samsung and apple. The more competition the more cheapest technology is available.