Oppo Find 7 to come in September with 4,000 mAh battery

We already knew Oppo is working on a next generation Find smartphone, but we just got a few more details about it.

As it turns out the smartphone won't be called Oppo Find 6 as was previously speculated. The latest rumor suggests the phone will be called Oppo Find 7 and will launch mid-September. What might cause the Chinese company to skip a number is anyone's guess, though.

The new report confirms previous online gossip about the specs and adds a 4000 mAh battery and 9.9 mm thickness. That would put it on par with the 6" Huawei Ascend Mate, which has the largest battery of any smartphone to date. 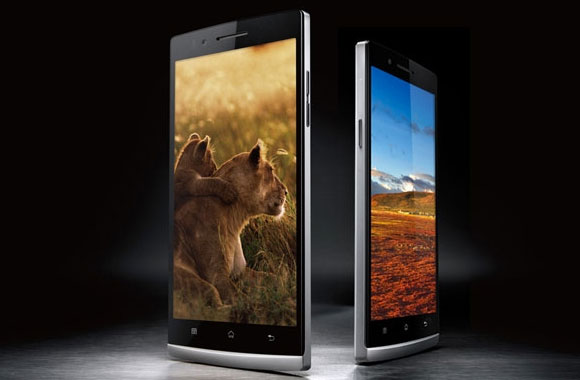 In case you need a refresh the Oppo Find 7 is supposed to run on the latest Snapdragon 800 chipset and pack a 5" 1080p display. The previous rumors also suggested a 13MP rear and an 8MP front camera for the next Oppo flagship.

The rest of the previously confirmed specs are the NFC connectivity and 2GB of RAM.

Anyway, if this new info turn out correct the Oppo Find 7 announcement should be just around the corner, so we'll know sooner rather than later.

Oppo find 7 with Qualcomm 800 if offers 4G both TDD & FDD LTE with Voice, with 4000 Mah Battery and a loud sound for listening music with friends in the open,and the camera options as referred,it will be a great phone at that price point. Oppo wo...

i'm waiting for you opoo 7