When it comes to smartphones, oftentimes the companies that take the boldest steps and offer the latest tech in their products are the ones that are rewarded. While many other manufacturers decided to take the extra time to perfect their QHD display panels, LG and Oppo took the chance and outed their latest flagships early, and now stand as the only two offerings with 1440p displays on the market. 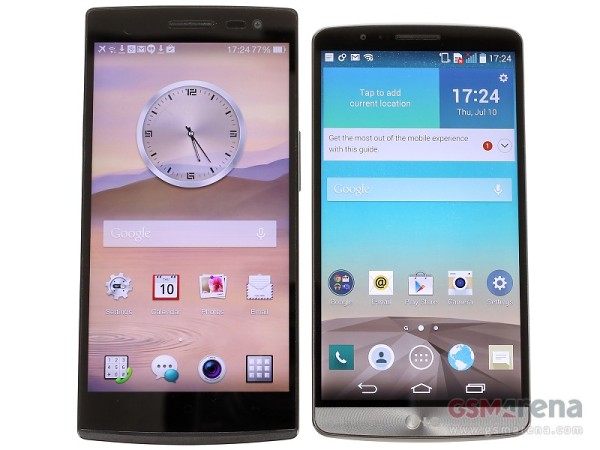 For LG, the G3 is a much-needed dose of exclusivity that the company desperately needed in the wake of the numerous rival flagship announces at the beginning of the year. With Sony, Samsung, and HTC all beating them to the punch, LG needed something to set them apart in a crowd. The G3 is just that, but after having delivered so often in the past, the pressure is on for the G3 to sell - and sell well.

One advantage that relatively unknown Chinese manufacturer Oppo has in relation to the mainstream competition is that expectations aren't nearly as high. When you're on the outside looking in, failures aren't as crushing, while successes are amplified. And it's precisely the successes that the Oppo Find 7 brings to the table that are most impressive.

Oppo was not only able to outdo its opponents in screen resolution with the Find 7, but also bring exceptional performance into the mix with its expertly-tuned processor. With an excellent camera thrown in to boot, the chart-topping benchmark figures we saw from the Find 7 almost make up for the poor numbers we saw in our dedicated battery test. Unfortunately, the latter proved to be the Achilles heel of Find 7, and while it's not necessarily a gamebreaker, it's definitely something potential buyers should keep in mind.

Poor battery performance is also a primary concern for the LG G3, although not to such an extent as on the Find 7. LG's design department also did a phenomenal job in making the dimensions of their 5.5-inch flagship just barely higher than their 5.2-inch G2, and also smaller than many 1080p-toting rivals. And to be able to squeeze a QHD display into a relatively compact frame is even more commendable.

The G3 also has a good amount of connectivity extras over the Find 7, and it's robust IR-app, 802.11ac connectivity, and FM radio (not to mention wireless charging) make it the more capable device in this regard.

From a buyers' standpoint, it's important to keep in mind where these two companies lie relative to the current smartphone landscape. With LG, the company is betting heavily on the draw that it hopes its QHD display will generate. However, the sub-par contrast ratio and sunlight legibility as well as the added battery power required by so many additional pixels could result in a sub-optimal experience - a mistake that a top manufacturer like LG may not get away with easily.

As is the case with most newcomers, any sort of publicity is good publicity, and topping our benchmark charts the Find 7 again brings Oppo into the conversation of elite smartphone offerings. Sales of the Find 7 may not be comparable to the likes of the G3 as Oppo is simply not a recognizable brand yet, but after this latest flagships we can't wait to see what they'll come up with next. For now, the Oppo Find 7 is a very capable flagship - QHD or otherwise - and since it's priced accordingly, it is certainly worth consideration for your next smartphone purchase. Just be sure to keep that 4.5Amp charger within arm's reach.