Oppo has been consistently living up to its name as an innovator in the mobile space and actually over-delivering in terms of user experience and features. To be fair, it's only going to get harder for them - this was easily a brand to approach with low expectations, but not anymore. The Oppo Find 5 was a flagship to be proud of, and the N1 raised the bar even higher.

Oppo Find 7a in white

Nearly a year and a half after the Find 5, Oppo is about to unleash its next premium device - actually a pair this time. The company is doing well to use the latest technology available - even better to give users a choice.

Oppo Find 7a in black

While the current crop of flagships is still utilizing 1080p displays, the QHD screens are on the verge of becoming the next big hardware breakthrough (and key selling point). And Oppo is letting you decide which screen resolution will best suit your needs and budget. The Full HD display on the already available Find 7a, which we're about to review, or the Quad HD screen on the upcoming Find 7. 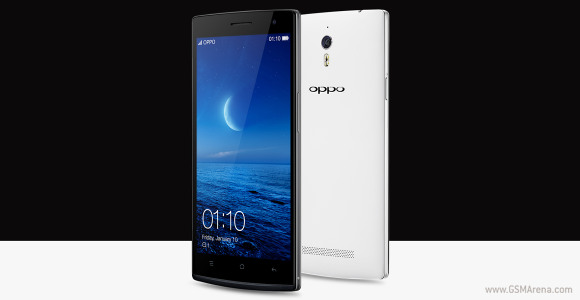 Today we'll be making the rounds with the recently released Find 7a - which is impressive enough on paper, even though clearly the lesser package. It still packs quite the processing punch, a huge IPS display, feature-rich and quite capable camera, a wealth of connectivity options and a custom-made Android UI. Here goes the full cheat sheet.

The Oppo Find 7a matches the true flagship almost to a t - the key difference being screen resolution. More than reasonably priced for the level of equipment, the Find 7a has every right to hope for a warm reception - and that's in the face or serious competition.

OK, to some the Oppo Find 7a may look like the adopted child next to the QHD-screen-touting sibling, plus Oppo didn't give their best effort naming it. But QHD or not, it seems quite capable of keeping up - and even outsmarting - most of the competing flagships. Ready for a ride?

I just bought new Find7a a week ago for 2.7M IDR previously i used LG G2. I loved the Find7a. Plus 1. The gesture is helping for fast access 2. Sound during calling is very good Minus 1. Still on Jellybean, need service centre to upgrade....

Do consider lenovo P 70 before buying this

Best phone compare to others for the price...