As rumors surrounding the Find X3-series continue to take over the news section, today's one suggests when the stream of leaks will likely stop. And that's March 11. 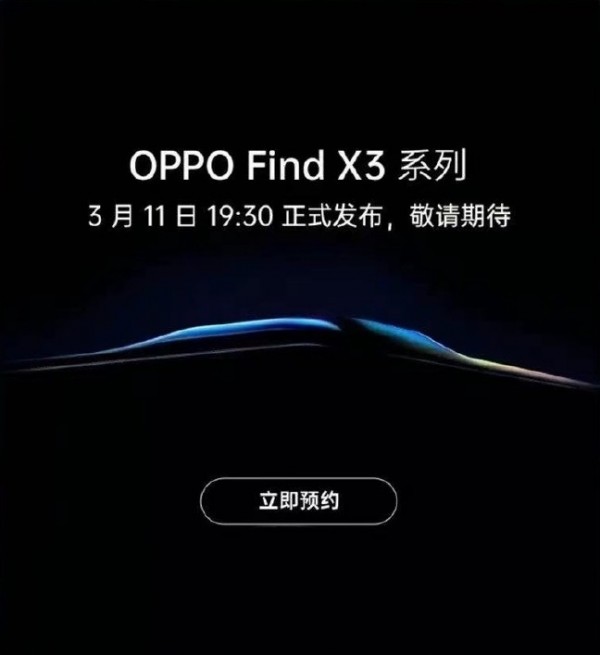 Oppo did say that it plans to announce its flagship Find X3 family sometime in March and the leaked poster looks like the real thing. It schedules a March 11 event at 19:30 local time. This is most likely a Chinese event we are talking about, so a global one will follow shortly after.

However, the X3 Pro and the proper X3 are going to be the real stars of the show since earlier rumors say that the X3 Lite and the X3 Neo will be re-badged Reno 5 Pro+ and Reno5 5G for some markets.

Steve H posted while ago a photo of x3 pro cam system. No periscope. See this photo. https://gizchina.it/wp-content/uploads/2021/02/oppo-find-x3-pro-immagini-press-render-01.jpg

The find x2 pro was a nice device but it was too expensive compared to op8 pro except for the camera! The vanilla find x2 was absurdly pricey!! I cant even imagine how expensive will the x3 be.. oh man they should price it lower or it will get blown ...