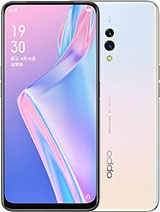 Can I flash the phone to change from Chinese firmware to global one ?

NikiDroid, 17 Apr 2020The update of trial batch Android 10 had been released several days ago on 5.000 quotas. If yo... moreCan you give more details about the update, is it stable or not

Arya Wirawan, 02 Apr 2020Any news for the color os 7? I think it's about time the second quartal... Waiting for the dar... moreThe update of trial batch Android 10 had been released several days ago on 5.000 quotas. If you were lucky at that time, you might get the update.

Several days of using Android 10 based on ColorOS 7 UI on K3, so far no problem. The slow charging I noticed slow just once. I was keep streaming while charging the phone.

I like the sound deletion notification. Keyboard typing also nice and becomes low volume. For battery becomes drain if you use it for gaming.

Yesterdat I upgraded my phone to Android 10 ColorOS 7. Yes UI is amazing, fresh, new icon stylw. There are also some new wallpapers but sound. But I think this trial update has problem.

Arya Wirawan, 02 Apr 2020Any news for the color os 7? I think it's about time the second quartal... Waiting for the dar... moreI also waiting. No exact date information.

Any news for the color os 7? I think it's about time the second quartal... Waiting for the dark mode....

silbier.hell, 16 Mar 2020How bout the camera performance and the baterry life? Is there any improvement?Nothing changed, all still work fine.

NikiDroid, 11 Mar 2020Yesterdatly I got new update software. It was 555 MB with February patch security. It is th... moreHow bout the camera performance and the baterry life? Is there any improvement?

Yesterdatly I got new update software. It was 555 MB with February patch security.

It is the same with previous software. There is new pre-installed app, named Soloop. The others are the still the same. I think after this, it will get ColorOS 7. Mmmm, maybe on April based on trial batch. Keep patient until the time comes true.

Soon, after end of March, quartal 1 will be over and enter quartal 2 where K3 series included in trial batch upgrade for ColorOS 7. Let's keep waiting.

Several months ago my goal was not to buy AMOLED LCD type smartphone. But since I chose Oppo K3, I forgot my plan at that time.

Well, I am not eagle eye man who can distinguish very detail the difference of IPS LCD vs AMOLED. I just keep my phone to not set brightness more than 37%. I let it auto brightness on. Yes in outdoor it will reach 100% automatically, but I seldom practice it on outdoor. No test for that purpose.

Let's see how long it will keep safe from burn-in (shadow). Once again, I am not testing the phone. Paying several hundred Dollars for this is difficult enough, except if the man/woman who buy this phone is rich person, that would be different story.

By choosing Oppo smartphones I guess users should accept and know that this brand doesn't give much update of their phones. Even before you buy this brand's phones, you should learn and see if the phones have several updates given or not. From that you will know and ready to accept if in the fact it is not suitable with you have imagined.

This my first phone in Oppo brand. Next time I guess I will see Xiaomi anymore. With the price of this phone or add some, I can get Android phone with NFC support.

By the way, it is not regret I chose K3. Even it lacks of NFC support, camera I guess no OIS, performance of this phone is very good, playing moderate games also workable. Even I tested Dolphin emulator for play Nintendo Game Cube game, some of the games are playable with more than 45 fps speed.

64 GB memory without expansion slot is fine. My region, Indonesia version, the Oppo K3 comes with variant 64 GB / 6 GB only with two colors option: Jade Black and Pearl White only the most. Not bad, the VOOC charge is makes me love it. Very high speed in charging.

Hope it can last at least 2 years of use and pray for me that I can always use this Oppo K3 as long as I still use this phone.

Keep waiting for me, to give comments when one a day I get new upgrade software. Also, I will give comments, review of other phones if I have a chance to purchase one a day. Be patient. :-)

For everyday use, little gaming, moderate gaming, social media, messaging, calling, streaming in entertainment, this phone can do the jobs very good. No heat, just little warm, multitasking is also good. By the way the VOOC charge is very fast, in around 65 - 75 minutes, it can reach 100% battery percentage.

The lack is...hmmm I think, software update support. If I am not mistake, I had got 2 times security patch update so far. The trial based update will be held on around quartal 2, 2020, ColorOS 7. Till now news which month it will come. By seeing other models that can ColorOS 7 trial based early. This might be limited by quota, so we just to wait till it comes.

NikiDroid, 11 Feb 2020Yes I have, I got that update (January security patch) on January 16, 2020. No new icons, no n... moreI too got jan security update..after the update i found a bug in "Navigation gesture guide bar"..it is functioning vice versa.

NikiDroid, 07 Feb 2020Till now still use it, it is still good, no problem.have you got january security update??

Till now still use it, it is still good, no problem.

HiMan, 25 Jan 2020Can someone know free space for 64gb variant? (before taken by system) My phone internal memory is 48,4 GB in Settings menu written.

Total of 181 user reviews and opinions for Oppo K3.
ADVERTISEMENTS