Oppo K9 5G might escape China under the Realme brand

Oppo has launched the K9 5G smartphone at its home market with a Snapdragon 768G chipset and 8 GB RAM. It has a lot of similarities to the Realme RMX3142 that appeared on TENAA last month, and bn

The Realme RMX3142 appeared on TENAA last month with photos and a full specs sheet, and today the device was spotted again, this time on Geekbench. It looks a lot like the Oppo K9 5G, introduced earlier this month in China, and our source claims the phone will be relaunched outside Oppo’s domestic market under the Realme brand. 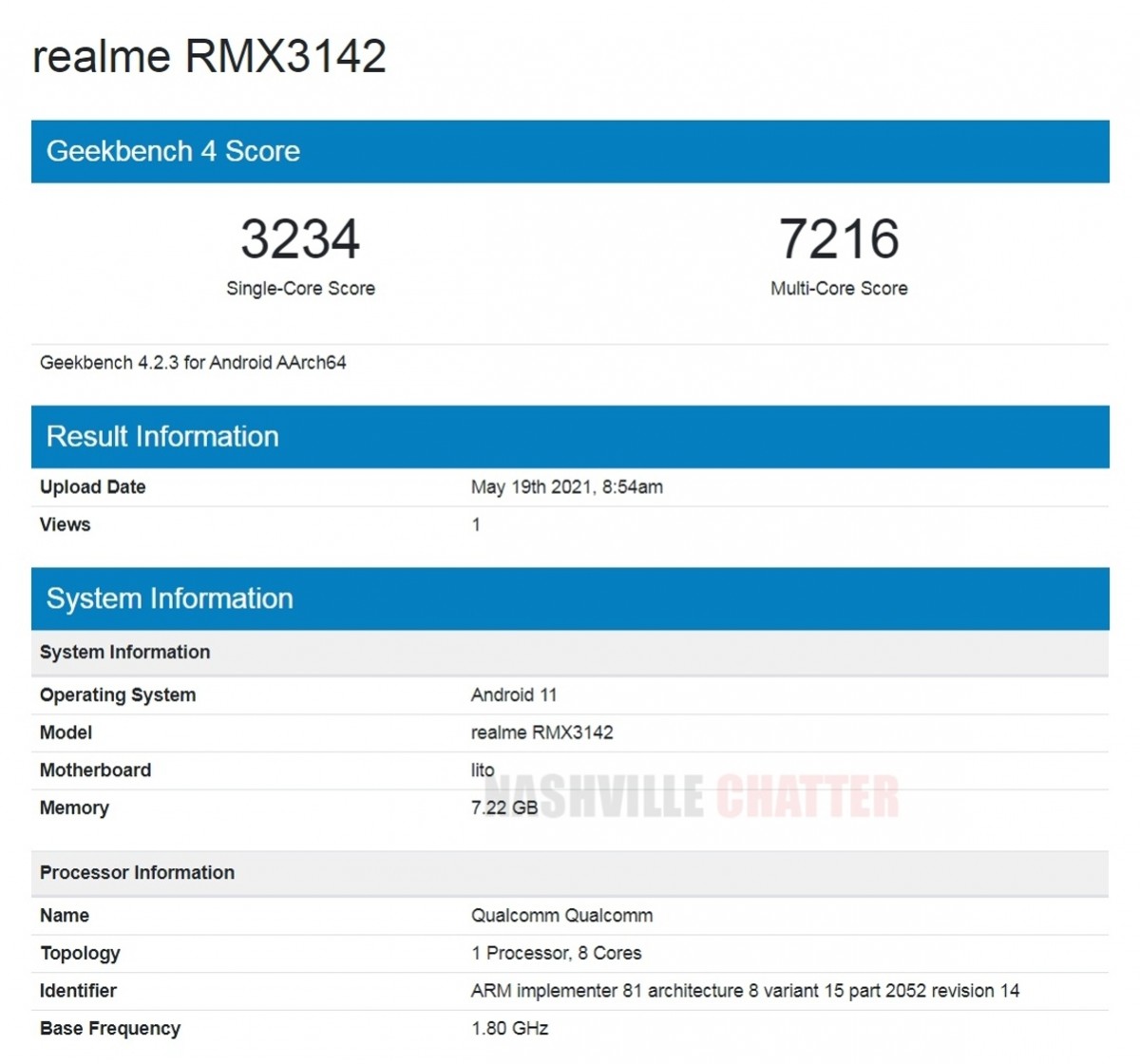 The Geekbench 4.2 scores reveal 3,234 for a single core and 7,216 for multiple cores, but we’re having a hard time comparing these results to modern devices and chipsets since the version of the benchmark is quite old - nowadays all new devices go through Geekbench 5 which has a different way of calculating the score.

The Oppo K9 5G and RMX3142 have the same display, footprint, even the cameras are the same. The chipset is Snapdragon 768G, which would be a first for Realme, and we think it might be a new addition to the Realme GT family - maybe it is the Realme GT Neo Flash Edition, scheduled to arrive on May 24.

K9 is priced at ~$260. If Realme can add support for microSD and NFC, I won't mind some price increase. At around ~$300 with those additional features, I will definitely buy it when it's available in my country.

Not surprising, realme is oppo lol.

rebrand from oppo? so this will call realme v17 5g