We already know that Oppo will be unveiling its N1, the company's latest cameraphone at a special event in Beijing, China on September 23. As a promotional campaign, Oppo has been releasing lot of video trailers and image teasers.

As the build up to the official announcement continues, the first official promo image of the Oppo N1 has been leaked. The image shows us the slim bezel around the display and gives a glimpse of what the N1's camera is capable of. 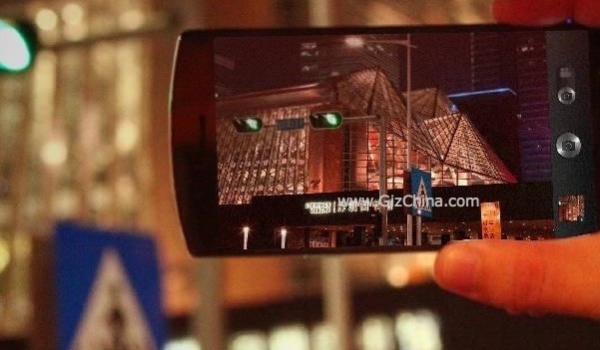 In another set of leaked images, we have what seems to be an official retail packaging box of the Oppo N1. The cameraphone will ship to you in a white colored square box with curved edges and the company's branding printed on the top of the package.

Oppo N1 is rumored to come out with an aluminum unibody design and is said to sport a 5.9-inch display, a 12 megapixel camera with N-lens that is capable of making long exposures, a dedicated Owl chip, a xenon flash and a touch sensitive panel on the back of the smartphone.

Nice phablet but im sorry it is just too big! There is nothing like a iPhone 4S in size and quality

what is the best thing is this handset