Oppo N3 is official with a 16MP motorized camera

At a special event in Singapore, Oppo announced the N3 cameraphone. The successor to the N1 sports a 16MP motorized camera allowing it to track objects as they move. The sensor is 1/2.3" in size and the pixel size is 1.34micrometer. The camera uses Schneider Kreuznach-certified lens to round up an impressively sounding package. 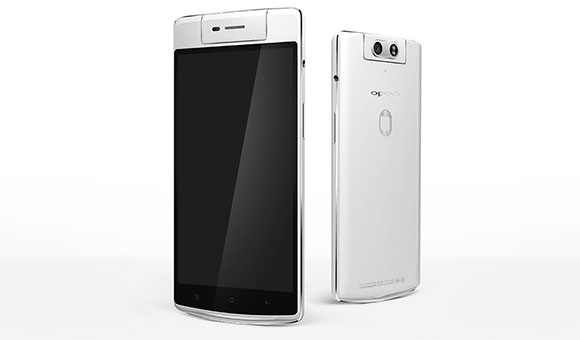 The mechanized camera rotates up to 206 degrees and it moves automatically when shooting panoramas and making selfies for example. Panoramas are shot in up to 64MP resolution. The fingerprint sensor at the back also allows you to protect your images immediately after taking them with a single swipe.

Just like its successor, the camera on the Oppo N3 rotates 206 degrees. More features include slow shutter, ultra macro mode,after focus, manual control as well as shooting in RAW. All of these features come as a part of what Oppo calls Ultra image 2.0. 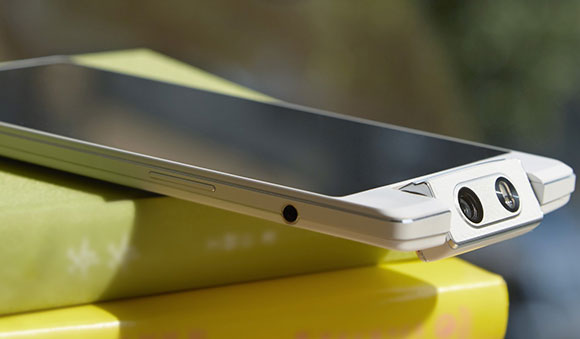 The Oppo N3's 3,000mAh Li-Po battery supports the company's VOOC rapid charging tech and can recharge from 0 to 75% in just 30 minutes or get enough juice for 2 hours of talking in just 5 minutes. The VOOC charger has also been updated and is now half the height of the old one. 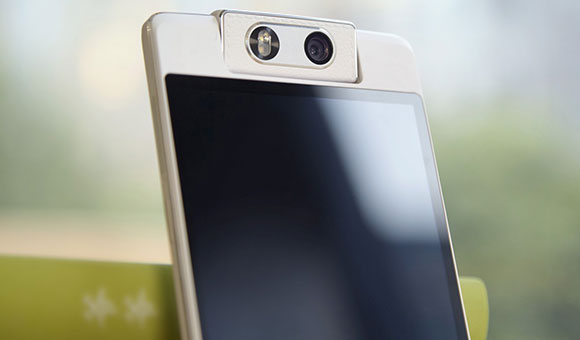 There’s also a notification light below the N3 screen, just like the Oppo Find 7. The company has updated the software behind it dubbing it Notification light 2.0. In addition, the cool O-Click accessory also got a new version. It is more stylish than before and also more comfortable to use. 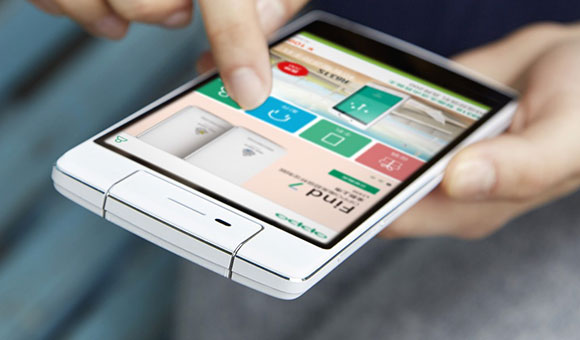 The Oppo N3 will retail for $649 off-contract and will start selling in 20 regions worldwide by the end of 2014.

love to have a oppo products!