Oppo Neo 5 is official in Malaysia, starts selling next week

Oppo has officially revealed the Neo 5, its latest affordable LTE smartphone, successor of the Oppo Neo.

The company has significantly updated the internals with a Snapdragon 400 chipset with a 1.2GHz quad-core Cortex A7 CPU, 1GB of RAM and 4GB of on-board storage (expandable with the microSD card slot). The display is a 4.5" with a 854 x 480 pixel resolution, which equates to 218 ppi. 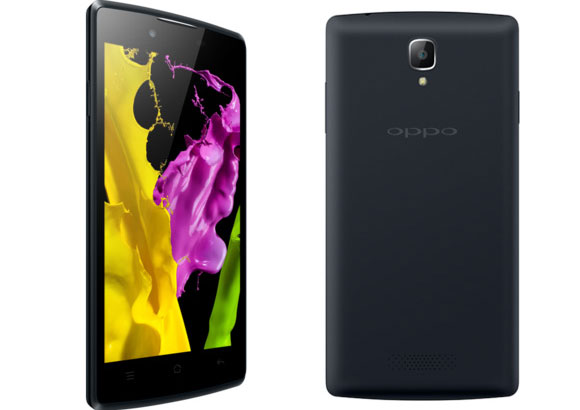 The phone is running Android 4.3 Jelly Bean with the company's ColorOS UI on top. At the back above the 1,900mAh battery sits a 5MP snapper with a BSI CMOS sensor and f/2.4 aperture.

Expect the phone to hit Malaysia starting next week for $190 (RM598). A wider release may also be planned, but Oppo hasn't provided additional information at this point.

It doesn't have LTE 4G support

Go to hell Oppo. No KitKat update for every phone you made...