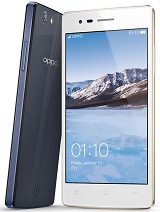 213user, 01 May 2018I updated my oppo neo 5s. Software update wirelessly. It only keeps on loading again and again... moreThis is very good but lag was very hoaing

I updated my oppo neo 5s. Software update wirelessly. It only keeps on loading again and again. It won't budge open. What can i do?

Has been used this phone since june 2016 till broke (late october 2017). So here is my experience.

2) Very bad ram, 60% of the ram has been reserved and used for/by system. Which is mean, 2016+ apps games and newest/latest games will force quit it self, especially a games that is link with Google Play. Due this shit, my Neo 5s turnes into hang often.

3) What is more worst than that? Internal storage. 8GB total storage but below 4GB is useable.

4) Batteries life. After used for 4 month the batteries drained fast and charging sometimes fast sometimes took longer time to be fully charged (still batteries life is bad). Since batteries turned worst I have no option but to use power saving mode on all time.

My oppo neo 5s has been damaged as I accidentaly dropped it into box fulled of water. It still work after that (by keep turned of and dry them for a week) but screen is already damaged. Later the screen has been fully damaged as no longer show any images and keep blank. Now Ive been wondered does it ia worth to fix it or not..

Said it could be a 4g network, but can not? How to enable 4g ​​network?

But how to active LTE network

This phone is good but let me clarify one important thing that its main OS is Color Os which is an android based OS,since it comes with google play so its really doesn't matter at all,over all good phone for new android users :)

i want to ask if oppo neo 5s is international phone?

Can someone help me? My neo5 is almost 1yr and 5months, but now can't read my two sim.. how can I fix it?

I am honestly impressed with the unit's display, given its only qHD, its bright enough and has above average viewing angles. having a low res display wont put too much toll on its battery as well.

The handset's BUILD is also one of the factors, its tough and dureable, the back plate is fingerprint-magnet but I had purchased a case for it so its not gonna be an issue.

The BATTERY has been splendid, batt reading will not drop on my 8-hr sleep unlike previous mobile devices I used. When on mobile data, I have observed a 1% drop only every 4mins.

AUDIO output via loudspeaker is bit of a letdown, a bit soft to my liking, but when used with a headphone, the HI-DIRAC option helps to increase audio quality. It has a kick of bass and treble and mids are both clean.

I have Vivo Y51, Acer Z630, Zenfone Go 5.5 and Oppo Neo 7 all on my list as they all have a 5990 Php SRP hence I got to save 1k Php more with my purchase of the Neo 5... no regrets, its very useable and the looks alone of the phone is indeed very elegant and stylish!

RAM is very poor. Hence expect any latency if you are heavy user

overall the phone is quiet good

How to reset this phone....m kinda stuck do help me

anonymous, 23 Jul 2016Can someone who haveuse this phone please give some opinions like battery life whether can las... moreGood battery life over wifi unlike other phone. Fully satisfied with neo 5s.