Oppo R11 stars in more live images, spec sheet leaks too (including for the R11 Plus)

Following a myriad of leaks, rumors, and teasers we've seen in the past month or so, Oppo will finally make the R11 and R11 Plus smartphones official at an event on June 10. Until then, however, feast your eyes upon three newly leaked live images showing the R11 in a bunch of color versions. 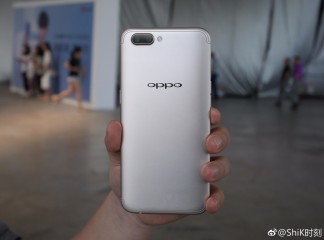 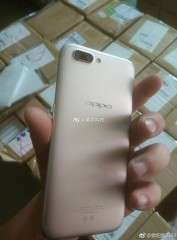 The eagle-eyed among you may have realized that the first of those shots is basically just a cleaned up iteration of a picture we've already seen last week.

Anyway, alongside these images what are purported to be the official spec sheets for both the R11 and the R11 Plus have been made public in China. They look like they could either be from the phones' retail boxes, or some promotional leaflets. We would normally be wary of such tacky leaks, but these sheets just confirm for the umpteenth time the much-rumored, often previously leaked specs of the handsets, so we'll take them at their word.

oh gosh, another one. Read before getting a spark my friend. I was talking about a "marketing strategy". Oppo phones have an uncanny resemblance to an iPhone, and it SELLS LIKE HOTCAKES in Asia. Why? Because it looks like an iPhone. (yes, im repeatin...

They are very smart to keep using full hd display. Every flagship should use full hd dispaly unless their phones are above 7 inch...