Oppo has announced a new variant of the R7 Plus smartphone. It has 4GB RAM and 64GB internal memory, compared to the 3GB/32GB memory configuration the standard model comes with. 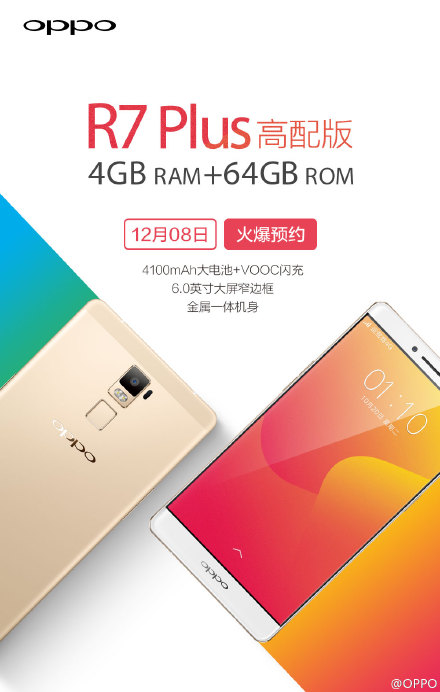 As for the price, this new variant carries a tag of RMB 2,999 (around $465) for the China Unicom model and RMB 3,299 (around $515) for the international model. It's currently up for pre-order on the Oppo website in China, with sales beginning later this month. Color options include golden.

oppo r7 plus high end version when will come in india

So, how to pre-order it? And when will it be available to Malaysia?