Oppo just announced the Reno3 lineup in its home market, while the Western world is still recovering from the feast of food and emotions and presents that is Christmas.

There were two phones on stage - the Reno3 Pro and the Reno3, both of which come with 5G connectivity. The mightier Pro version has a Snapdragon 765G chipset, while the vanilla Reno3 is the first smartphone to sport MediaTek’s new Dimensity 1000L SoC.

The Reno3 Pro has a 6.5” OLED panel with a 90 Hz refresh rate and a punch hole for the selfie camera. The panel has a 180 Hz touch detection rate for less lag and better gaming. It also comes with 100% DCI-P3 coverage and HDR10+ support. 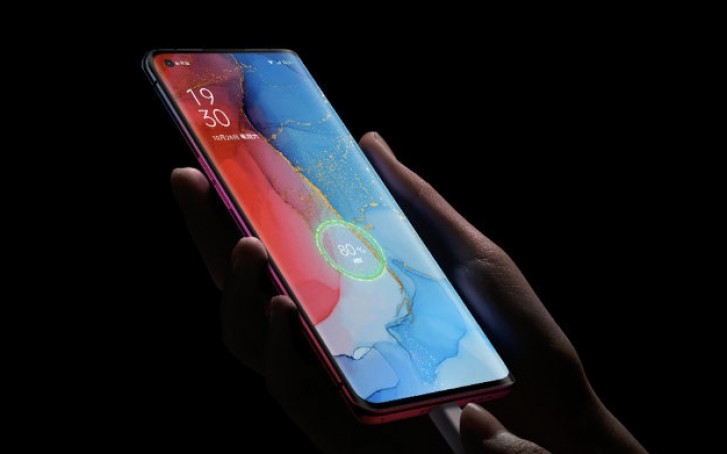 The Reno3 Pro comes with so-called 5x hybrid zoom, which is 2x optical, the rest is done digitally. There are four cameras on the back - 8 MP ultrawide-angle + 48 MP main + 2 MP Black & White + 13 MP telephoto shooter. There is one camera on the front in the upper-left corner, inside the punch hole - a 32 MP snapper.

Other highlights of the phone include ColorOS 7 on top of Android 10 and stereo speakers. 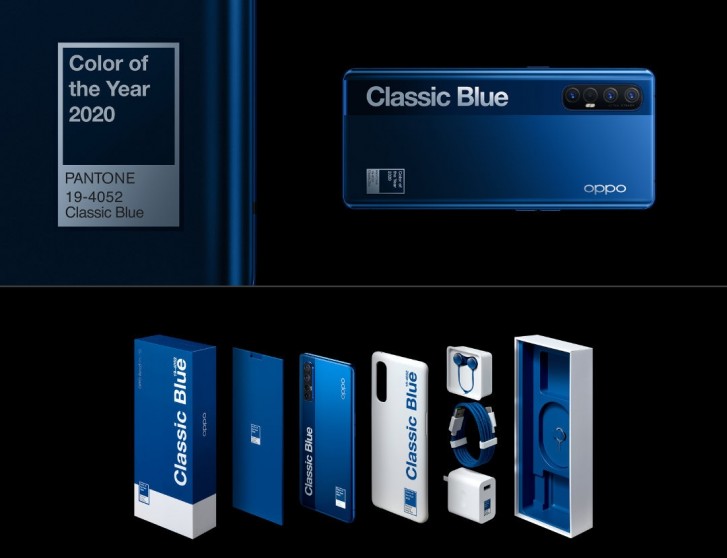 The third option is called Oppo Reno3 Pro Pantone 2020 and comes in Classic Blue, the color of 2020. It comes in a retail box where everything is white and blue, including the VOOC charger, the charging cable, and the predominantly white case. The price for this phone with 8 GB RAM and 128 GB storage is CNY4,199 ($600/€540).

The vanilla Reno3 comes with the same 6.5” OLED screen, but the selfie camera is in a waterdrop notch. It retains the 32MP though.

There are significant changes on the rear - the Reno3 has a 64MP main sensor, an 8 MP ultrawide shoote, a black and white sensor and a portrait camera. 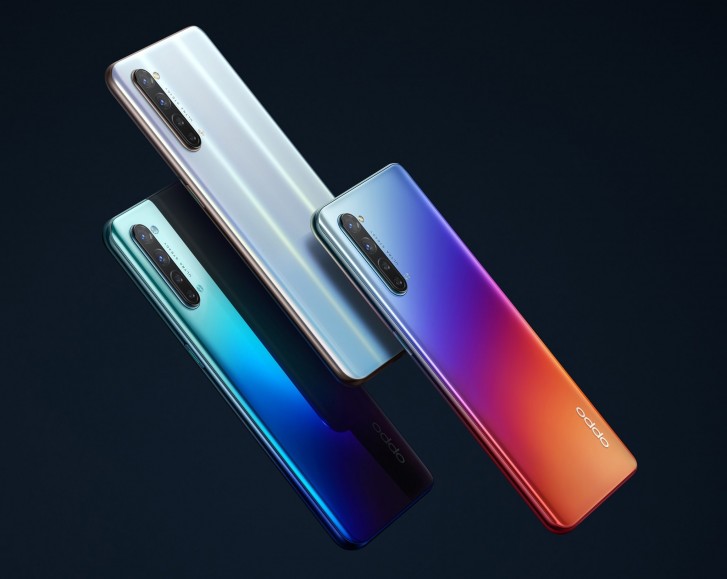 The Mediatek Dimensity 1000L has four Cortex-A77 cores and four Cortex-A55 cores in the CPU, while the GPU is Mali-G77. The chip manufacturer calls it “World’s fastest sub-6GHz 5G SoC” because it can reach up to 4.7 Gbps performance and supports the full range of networks from 2G to 5G.

Oppo promises the Reno3 will be up to 20% faster than a platform with Cortex-A76 cores and will be even smarter - there is a custom APU 3.0, coupled with the chipset. 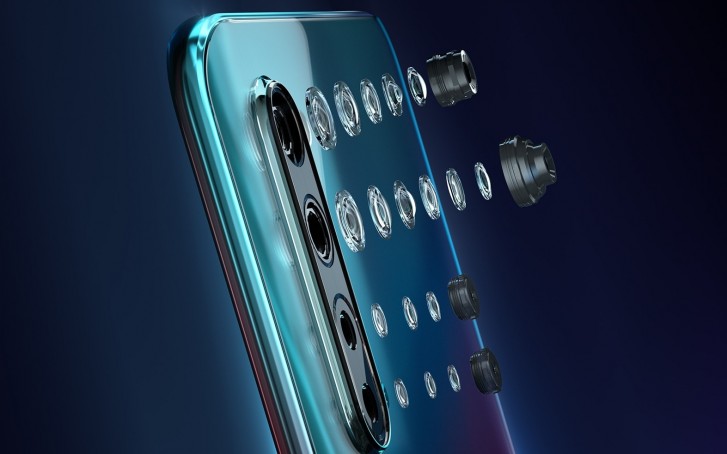 The Reno3 also comes with VOOC 4.0 quick charge for the 4,025 mAh battery. The fingerprint scanner is under the screen, and of course, the user interface is ColorOS 7.

So unless you want telephoto so go with non pro