Oppo is set to launch the Reno3 Pro in India on March 2, but it will be different from the Reno3 Pro announced in China last December. This new variant will sport a dual camera setup on the front, which is a combination of a 44MP snapper joined by a depth sensor unit.

Oppo is yet to reveal any other details about the Indian Reno3 Pro, but a couple of images of dummy units that have surfaced reveal the smartphone will sport a quad camera on the back with a 64MP main module as opposed to the 48MP unit on its Chinese counterpart.

The leaked image also reveals the Reno3 Pro in India will support 30W VOOC Flash Charge 4.0 and have 8GB RAM and 128GB storage on board. But there will likely be other memory options as well that are yet to be confirmed. 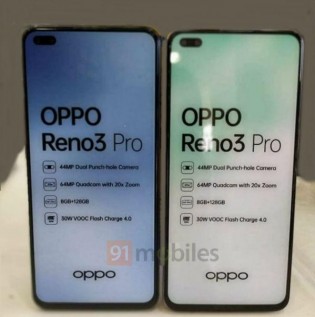 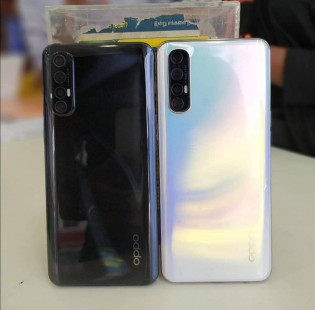 Dummy units of the Oppo Reno3 Pro for India

The rest of the specs on the Indian Reno3 Pro are likely to be the same as the Chinese variant, but we may see a different chipset under the hood.

We don't know how much the Reno3 Pro will cost in India, but we do know it will be sold through Amazon.in and Flipkart in the country since both retailers have listed the phone on their sites.

You have this dimmy unit .?

Its funny that they market "dual punch hole camera" as feature. IMO, its defect (reason not to buy this phone), not feature.