Oppo today added a new member to its Reno5 lineup dubbed the Reno5 K 5G. The Reno5 K 5G is built around a 6.43" FullHD+ 90Hz Super AMOLED screen and has a Snapdragon 750G SoC at the helm.

The Oppo Reno5 K 5G boots Android 11-based ColorOS 11.1 and comes in two memory configurations - 8GB/128GB and 12GB/256GB. It doesn't have a microSD card slot, though, so you might want to go for the 256GB variant if you are someone who likes carrying around a vast library of offline music and takes a lot of photos and videos.

Speaking of photos, the Reno5 K 5G has a total of five cameras onboard - a 32MP selfie shooter inside the screen with a 64MP primary camera on the back joined by an 8MP ultrawide, 2MP macro, and 2MP depth units. 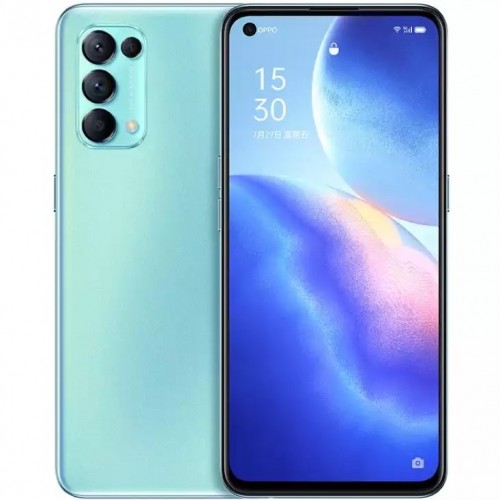 The Reno5 K 5G supports 5G and features an in-display fingerprint scanner. It also comes with a 3.5mm headphone jack and a USB-C port to charge the 4,300 mAh battery, supporting 65W charging.

All this might sound familiar to you since the Reno5 K 5G isn't an entirely new phone. It's a Reno5 5G with a different chipset.

The Reno5 K 5G is offered in three colors and will go on sale in China from March 6, but Oppo hasn't revealed its price at the time of writing this. In the first half of the paragraph I have zero clue where you're getting anything about mid rangers or flagships from. I not once mentioned anything like that. I simply mentioned the outrageously slow chip at this outrageously high price. And in...

Are you comparing flagship phones from last gen and saying those are much better option then the mid rangers of this year? I guess you do. Well, nice job Sherlock. When did you find out that last years flagships are better option in value than the ac...

How can you be so obtuse? Perhaps you should buy and use a Samsung A12, that phone was made for dimwits like you.