A couple of days ago, Oppo announced it would introduce the F19s on September 27 in India, while the Reno6 Pro 5G Diwali Edition was teased as "coming soon," which the company today announced will also be launched on Monday alongside the F19s. 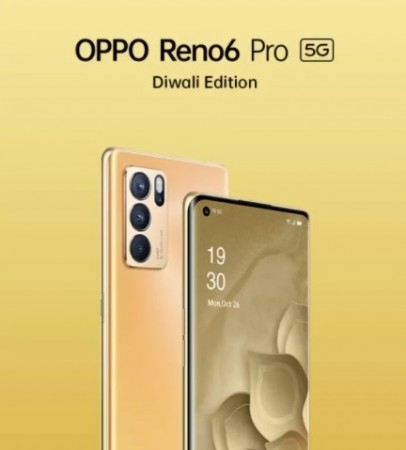 Oppo didn't detail the Reno6 Pro 5G Diwali Edition's specs sheet but confirmed it will have a Dimensity 1200 SoC at the helm with ColorOS 11.3 and 65W charging support. The smartphone will also come with Bokeh Flare Portrait Video and AI Highlight Video camera features we've already seen on the regular models.

The Diwali Edition is likely to share the rest of the specs with the regular versions, meaning you should expect a 6.55" FullHD+ 90Hz AMOLED screen with a fingerprint reader underneath, 64MP quad camera, 32MP selfie camera, and 4,500 mAh battery. You can read our Oppo Reno6 Pro 5G hands-on review to learn more about what to expect from the Diwali Edition.

In addition to revealing the Reno6 Pro 5G Diwali Edition's launch date, Oppo also announced it will launch the Blue color variant of the Enco Buds on September 27. Although Oppo is yet to share the pricing and availability details of all these products.

Only new thing is color. Pure marketing trick trying to fool costumers in India by releasing a diwali edition with only different color