The Oppo Reno 5 has seen its fair share of leaks, which have shaped a very good picture of what to expect from it when it arrives. We know that it will be available with at least two, if not three chipsets - the Snapdragon 865, Snapdragon 765G and the MediaTek Dimensity 1000+.

Well, the latter two have surfaced running on an Oppo PEGM00 and PDST00 on Geekbench. The devices, likely the Oppo Reno 5 with Snapdragon 765G and Reno 5 Pro with Dimensity 1000+, both run Android 11 and have 8GB of RAM. 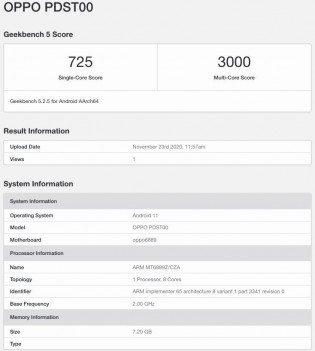 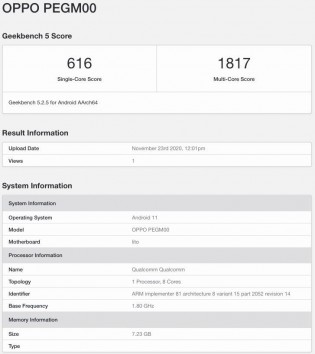 We expect an announcement in December or January.