The un-flagship-y flagship from Oppo - the Oppo RX17 Pro or also known as the Oppo R17 Pro in China with the same hardware, though. A feature-rich device with a sleek design, capable hardware and rather questionable use case of the third camera on the back. However, there are quite a few things that raise the coolness factor of the handset and the in-display fingerprint is one of them. Also, it's no secret that this phone is a close relative to the OnePlus 6T but the RX17 Pro has a few unique selling features of its own too - a clear case of sibling rivalry.

Don't expect any awe-inspiring sliding mechanism in Find X-esque fashion or Snapdragon 845-like performance but the 3D TOF sensor on the back of the phone has some potential that we hope Oppo will unlock with future updates because for now, the functionality is rather limited. On the other hand, the usable under-display fingerprint reader and the stupid fast SuperVOOC charging make for a less gimmicky user experience. 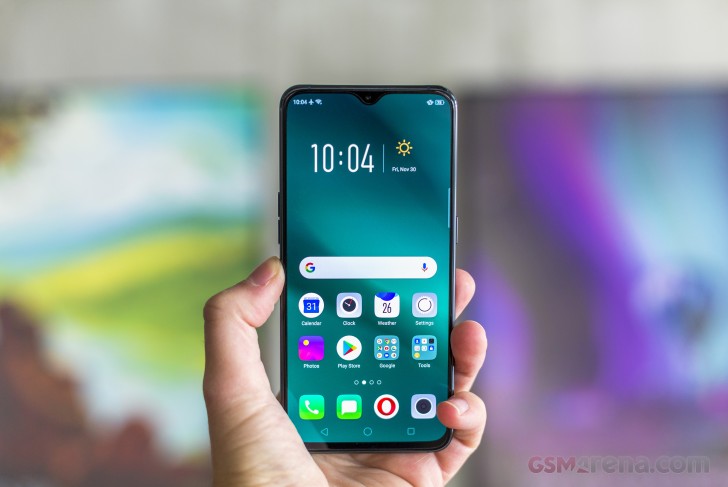 At €600 starting price, one would argue that a Snapdragon 845 chipset would have been more adequate. However, for the extra cash, you get some added value in the form of hardware features that are hard to come across for the asking price. And don't get us wrong - the Snapdragon 710 is an excellent upper-mid-range SoC that matches the Snapdragon 835's CPU compute power and it's super efficient. Or we just got spoiled by OnePlus and the Pocophone F1.

The phone's box comes in a matching gradient color containing all the usual user guides and USB-C headphones that look strikingly similar to Apple's EarPods. And probably those are the reason the phone doesn't come with a USB-C to 3.5mm jack adapter so you will have to look for a third-party one if your's are better. And, of course, the handset also comes with a SuperVOOC-compliant charger that can handle up to 50W output. 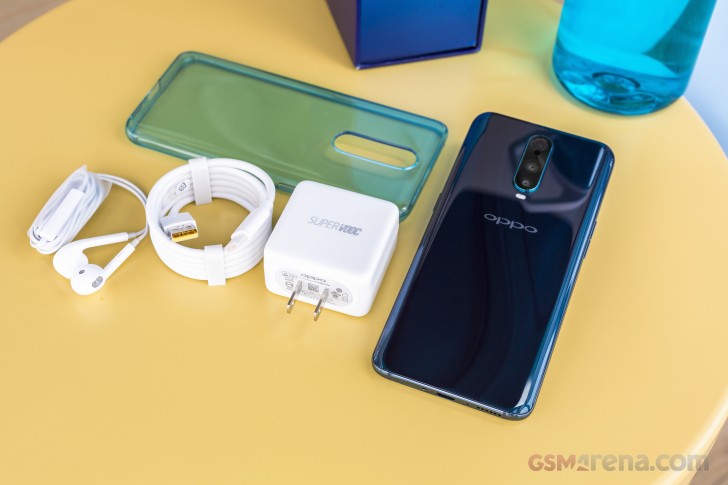 Other useful stuff includes a SIM ejection tool and a transparent silicone case that fits around the edges just perfectly. Also, for extra protection, our unit came with a pre-applied screen protector that seems to attract quite a lot of fingerprints and smudges.

As mentioned in the review, the biggest problem for me is the capability of recording 60 fps, even in the lastest update, oppo still don't bring it. i just noticed it after bought this phone. A bit let down why i didn't read the review befo...

Great Phone! That charging is OP :O I like it :)

My biggest problem with these reviews are that the reviewer never states how well (or not) the phone interacts with other apps. In my experience ColorOS and funtouchOS don't play well with other apps. You also need a username and password to ordinary...