Oppo is cooking the Find 7 phablet but it seems to be a smaller device in the pipeline too. The Oppo Neo (Neo is a popular choice of name recently for some reason), which had its name and basic specs revealed by a teaser on Oppo Indonesia's fan page.

The Oppo Neo will have a 4.5" IPS LCD display that can detect touches from gloved hands too. The screen resolution is unknown. 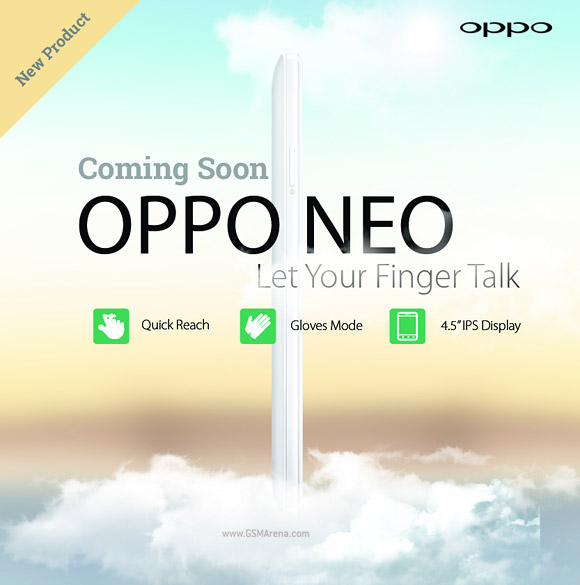 The third feature mentioned in the teaser is called Quick reach, Oppo's gesture-based feature that can trigger a variety of features. The sub-heading for the teaser is "Let your finger talk," which is an appropriate description of the feature.

Unfortunately, the teaser doesn’t go beyond "Coming soon" and all we get is a side shot of the device. Note that Oppo also has a 4.3" entry-level Android in the works too.

Thanks to Gerry for sending this in!

hope for quad core and battery above 3000mah