Oppo introduced four Reno5 smartphones in the last days of December, and now a fifth member is on the way. The phone is called Oppo Reno5 F and it has appeared on the Oppo Kenya website.

The landing page has teased some specs like 30W VOOC 4.0 fast charging for the 4,310 mAh battery, four cameras on the back, and a single shooter on the front.

The Reno5 F appears to have an OLED screen since there are no fingerprint scanners visible and the power key is protruding from the right-hand side. The four-cam setup on the back will include a 48 MP main shooter and plenty of fancy AI features to make the videos “alive and vivid”.

On the front, we can see the single camera is hidden behind a punch hole in the left corner, but we have no idea what is the sensor behind. What we do know is the Oppo Reno5 F will have room for a 3.5 mm audio jack while flaunting “ultra slim body” at the same time. 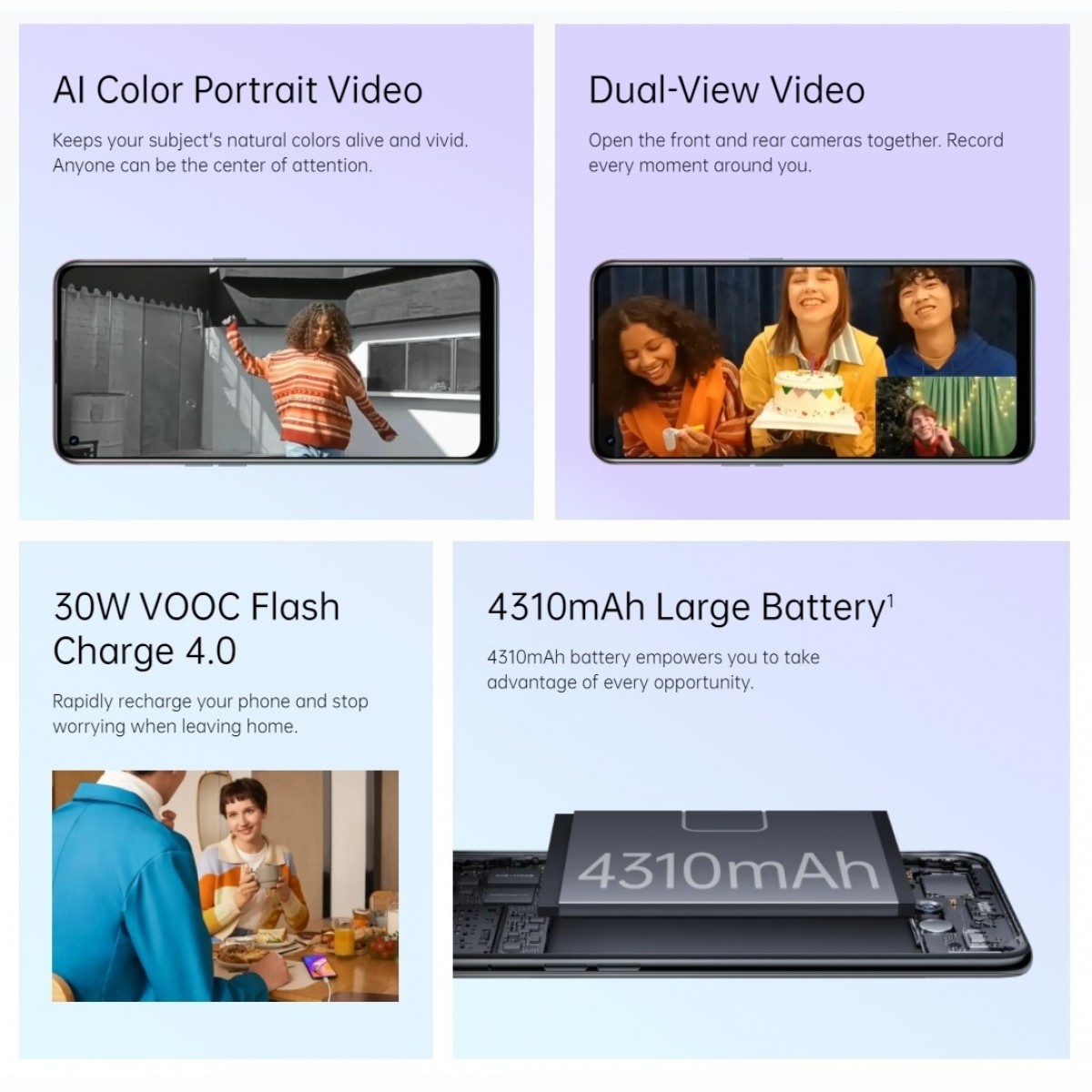 The Oppo Reno5 F will be “available on March 22”, but we expect only the announcement to take place. The actual launch is expected to begin on March 26, according to a counter on the web page.

It looks more like a samsung galaxy s20 ultra.