Oppo will launch a phone with its new 10x zoom camera in the second quarter of this year (so, between April and June). Before we dive into how this much optical zoom is possible, we should explain what “10x” means.

The camera assembly has three camera modules, starting with a 16mm ultra-wide camera (120°). The second camera module has a 48MP sensor and we suspect it's around 28mm. Finally, the telephoto lens has 160mm focal length (in 35mm. equivalent), thus it zooms in 10 times. Here’s what that looks like:

Note that not all manufacturers include the ultra-wide angle camera when calculating the zoom range. If we were to calculate this for Mate 20 Pro, it would give it 5x zoom capabilities, while the Galaxy S10+ would have 4.3x zoom.

The telephoto lens is a periscope design with a prism that reflects incoming light by 90°. This is what makes a compact 160mm lens possible. Interestingly, the prism is used to optically stabilize the image. The 48MP camera also has OIS. The new stabilization system has improved precision by 73% compared to the older module. 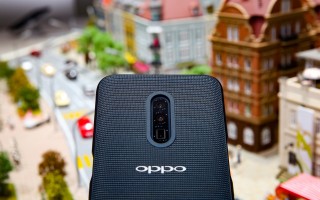 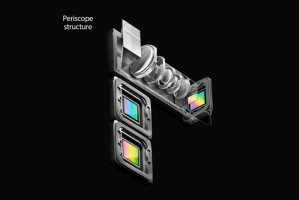 That’s not all - Oppo has further miniaturized the module to the old 5x zoom camera and it found room for larger sensors to boot. It shaved off 55% of the thickness, getting it down to just 6.76mm. That’s almost as thin as the camera on the R17 Pro.

Oppo has started mass production of the triple camera module with 10x zoom. The first phone with it will come out in Q2.

i will use it a lot. thanks oppo

I think I will not use it fully, I very rarely zooming camera do you?

I don't hear any official news about it at all.