LG G2 to go on sale in August, the US gets it in September

We even saw several teaser videos that don't really give away anything but the taglines "To me, you are perfect" and "Learning from you" and show a short glimpse of the characteristic back with two buttons next to the camera.

Now there are a couple of new leaked images of the LG G2, which show a potential change in design. The curved back covered in glossy plastic can be seen in four different color versions – Black, Blue, Red and Purple. That's a departure from the clean glass look of the Optimus G and G Pro. 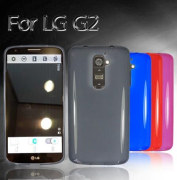 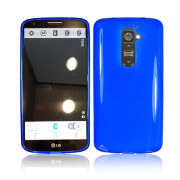 At the same time, the teaser site is available in two color versions – White and Black. Clicking between the two nothing but the background changes. Is this a slight hint that the G2 will stick to the black and white colors of its predecessor? Those could be snap-on back panels as one observant reader points out. We'll find out for sure on August 7.

The good news is the event will be livestreamed, so you can watch the unveiling live. We'll put up the video when the time comes and we'll have people on the ground to bring you live photos and first-hand impressions.

Korean publication Khan throws in some more info – the LG G2 will reportedly launch in early August in South Korea, not long after the announcement, then in the US in September. Europe and the rest of the world will get the smartphone in October.

Broadcasting your disinterest like you're important! Do that some more.