Orange France is continuing its NFC push by including a top end droid - an NFC-enabled Samsung Galaxy S II. It will be part of their Cityzi line, joining the likes of the Wave 578. Cityzi has over 150,000 users and lets you use your phone as a public transport pass or for shopping in partner stores.

Orange France will be getting the NFC-enabled Galaxy S II first - that would happen some time next month and there's a chance that the handset will be called I9101 Galaxy S II. After France the NFC Galaxy S II will be hitting other countries, but there's no official timetable for that. 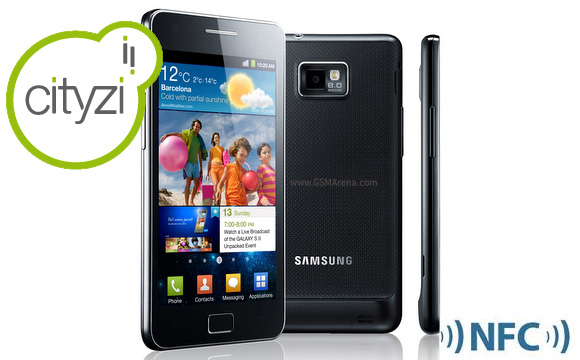 NFC aside, there will be no changes to the S II specs - that means 1.2GHz dual-core CPU, 1GB RAM, 4.3" SuperAMOLED Plus screen, 8MP camera and so on.

The NFC-capable Galaxy S II for Orange France will use a special SIM card to enable the Cityzi features and ensure secure transactions.

There's no pricing info yet, nor an exact launch date, unfortunately.

Yup, Galaxy this Galaxy that. If I spent money on a high end phone, I wouldn't want a new phone coming out every other week, with new features, it would piss me off.

THis is mass production, using existing equipment and resources they have produce same thing with upgraded version at reasonable price to consumer :)