Orange to offer iPhone in over 10 countries

Orange seem to save their words even better than Vodafone. Recently Vodafone announced the future iPhone availability in ten countries in only two sentences.

The Orange PR team obviously outdoes them since today they managed to stuff more than ten countries on their future availability list in only ONE sentence. Well, that's an achievement that should be worth the four years spent at the PR school. 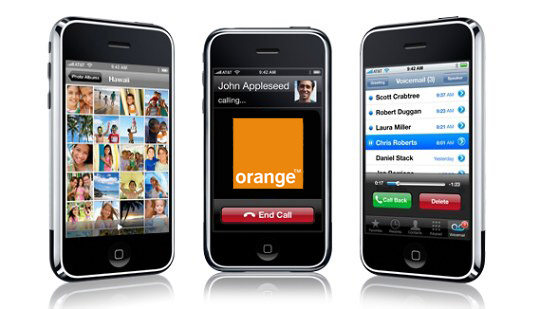 Summing it up, it seems the highly rumored 3G iPhone will have almost entire world covered. But did you notice that Spain is still not on the list. We bet O2 is going to snatch that deal along with several other countries.

Other countries and regions:

Some carriers obviously overlap, so this year might just bring the end of the exclusivity battle for the iPhone and carriers will share the iPhone market. And usually good competiton means better price tags.

FOR Innocee "how rude are these people? they think africa is one country? i cant belive this poo , do they not realise there are over 21 african countries but on the distrubtion list where its says countries they just say ' Africa ' , YOU suck Orange...

by the way.... you know that the article wasn`t written by Orange right? sa why do you say that Orange called AFRICA a country? (although it`s listed in the countries and REGIONS section... )