Time marches on and we've lived to see the first half of 2019 go by. Some predictable stuff happened - CES in January was even less interesting than last year's as far as our line of work was concerned, while MWC 2019 was a proper vintage edition.

A bunch of announcements in between and then a ton more in the months after had all sorts of elevating cameras and periscope telephotos piled up at our office. Some of these started making their way to midrangers, which themselves appear to have gotten impressively good. 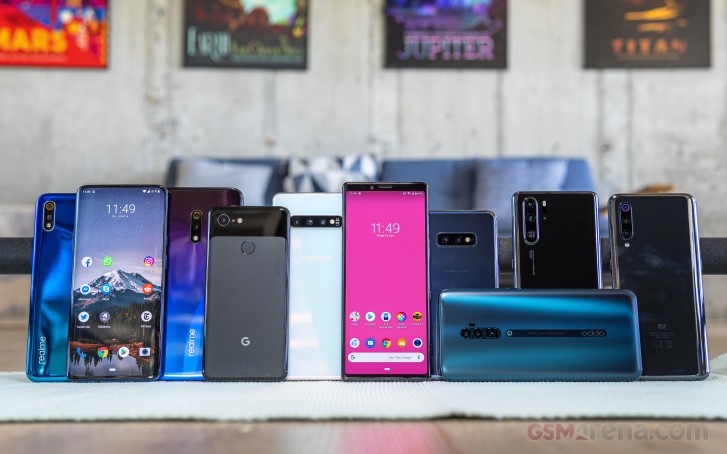 Flagships didn't stand still, however. Quite the opposite - on top of their conventional offerings, Samsung and Huawei each made a folding one, though we still can't buy either. Maybe in H2? Definitely in H2, if you ask them, which we can't help but counter with 'Ah, but what year?'.

Speaking of Huawei, the USA-China trade war is certainly one of the most significant ongoing events in the industry, and it escalated over the last few months. A resolution could be close and we certainly wouldn't mind having trouble-free Mate lineup in the Fall.

We gathered around the counter in the middle of the office to discuss what stood out in the smartphone world over the past six months and what we didn't particularly care for. In the past, this has invariably resulted in musings on what to expect in the months to come, and that was the case this time around as well. Join us on the next pages where we'll be sharing our thoughts - random as they may be, we've tried to give them some semblance of structure.

I am looking for the best telephone power .... because many devices suffer from this power in far-off geographical location of the good network covers

You may be right but one aspect how much quality they give . Some phone's life has too small ,some has reasonable ,some has ultra good. In my opinion one plus phone have small life comparing Samsung phone . This is most important aspect when there...

In my opinion, what is important in smartphone game is to hold the performance/price ratio higher. For example the difference between oneplus 7 pro and Samsung galaxy s10 series is that ratio. Oneplus phone delivers equal or even better performance t...