The Samsung Galaxy Note phablets are some of the best-selling smart devices around – the original Note has around 10 million sales to date, while the outgoing Note II has reached 30 million.

There numbers come from general manager of Samsung Taiwan's mobile communication team Andy Tu. This sounds about right as JK Shin himself (Samsung Mobile's chief) said that the Galaxy Note line has sold over 38 million a couple of weeks ago. 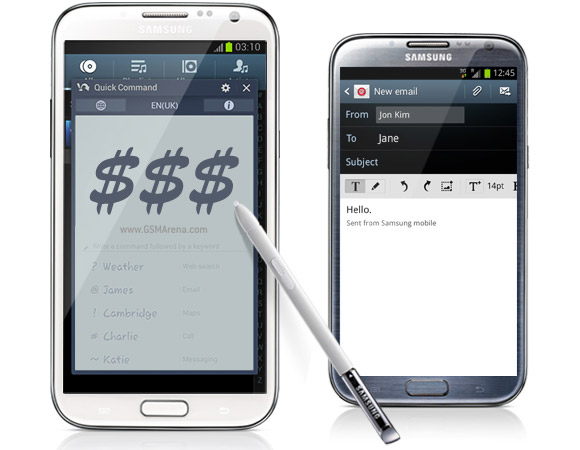 The Galaxy Note II has come a long way since it sold 3 million units a month after launch and reached 5 million units sold another month later. The pace is accelerating, however, as the original Note took until March 2012 to hit the 2 million mark and it launched in October 2011.

This doesn’t necessarily mean that the new Galaxy Note 3 will see a similar jump in sales but we're waiting for the quarterly report from Samsung to see if the phablet will be mentioned alongside the Galaxy S4 as one of the hottest sellers (the S4 passed 20 million as early as July). Korean site ET News claims the Note 3 isn't doing too hot in its home market, in part due to a government crackdown on subsidies.

When is the Android 4.3 coming to the Note II?

I had a GT 3200, C3010, S5360. All had same problem and it was too costly to repair them so i hammered each and everyone of them after they failed in just a course of a year. So i am not going to purchase any Samsung phone ever again because i want s...

Quite impressive figures. But Population of just Asia as 43000 million ( 60 % of world population ) a lot more units could have been sold than 20 million. Note 3 with a price tag of 800< $ won't even reach any where near Note II at the current rat...