Over 3 million Mi Max units have been sold since launch

Xiaomi has confirmed that it has managed to sell more than 3 million units of the Mi Max since launch. The device was launched back in May last year, and 1.5 million units were shipped in first two months. Its successor, the Mi Max 2, was officially unveiled yesterday. 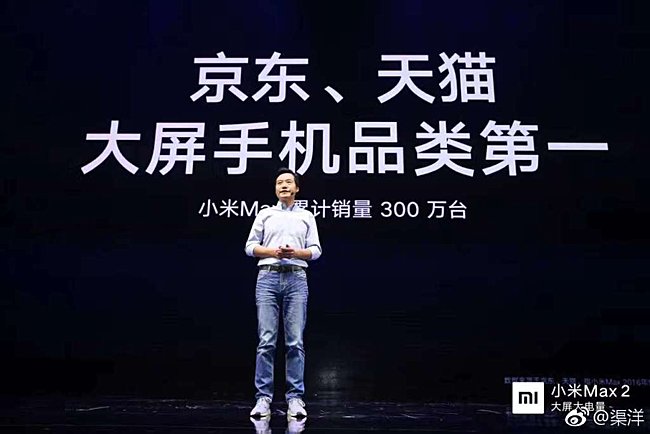 The confirmation came from none other than the Chinese company's CEO Lei Jun during the Mi Max 2 unveiling event.

The successor is powered by Snapdragon 625 SoC and sports a 6.44-inch Full HD display. RAM is 4GB, while internal memory options include 64GB and 128GB. The handset features a 12MP/5MP camera combo, packs in a mammoth 5,300mAh battery, and runs Android Nougat.

Make this with AMOLED and I will give up LTE.

Not surprised. The Mi Max is doing quite well in my country, as well.

Latest version should be an upgrade and not downgraded like this one. 625 for 650. Xiaomo disappoints.