According to a report in The Telegraph, more than a third (38% to be precise) of the users who upgraded to a Samsung Galaxy S5 switched from an Apple iPhone. The data has been gathered from the mobile trade-in website CompareMyMobile. 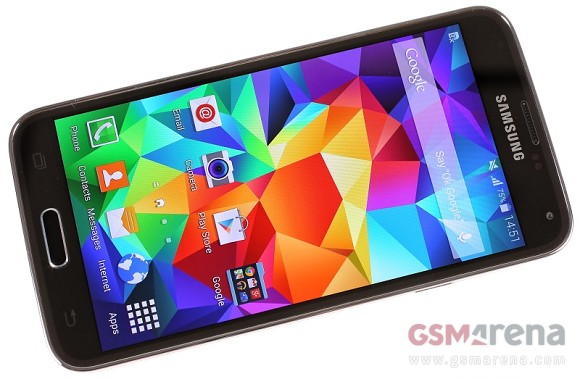 The majority Apple users who made the switch to Samsungs latest smartphone flagship traded an ancient by today's standards iPhone 4s. CompareMyMobile saw a 210% increase of trade-ins for the device.

The Samsung Galaxy S3 is the second most traded device with 196% increase of trade-ins - hardly a surprise considering its quickly approaching second birthday. The Apple iPhone 5s came in third with 184% rise of trade-in requests.

Overall, CompareMyMobile has an increase of trade-ins by 160% since the unveiling of the Samsung Galaxy S5 during this years MWC in Barcelona.

Thats great news any ways apple will keep on manfacturing the small screen size over expensive phones.Any body will get the sick out of it.... Great move samsung hope one day u will knock down the apple....

Exactly my point here. It's like Vertu with all you'd expect the highest quality you'd ever expect currently from the most expensive and has the "best" and rare material. You can just feel that leather, how incredible the weight must be for...

Ha ha. I might like a premium built mobile, but I'm not not that crazy. Even if I could afford something like that, that takes opulence and bespoke to a whole new level. I was never trying to be rude, I just like a good debate and you were a...