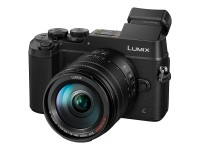 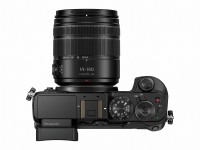 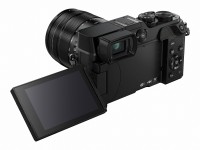 The Lumix DMC-FZ300 is a superzoom camera with a 25-600mm equivalent 24x optical zoom lens having a constant f2.8 aperture. The camera has a 12.1 megapixel CMOS sensor that can shoot up to ISO 6400 and 12fps burst mode thanks to the new Venus Engine image processor. The camera can also record 4K30 video in MP4 format and has a 1440K dot OLED viewfinder on the back with approximately 100% field of view and 0.7x magnification. The FZ300 has Panasonic's DFD or Depth from Defocus AF system that promises focusing times of as low as 0.09 seconds. There is also integrated Wi-Fi and the whole camera is dust and splash proof. 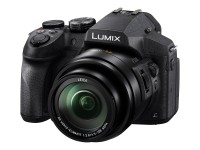 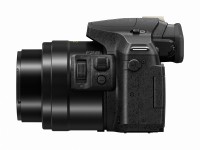 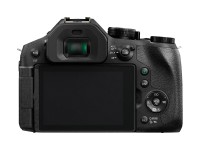 The Lumix DMC-GX8 is a mirrorless Micro Four Thirds camera with a dust and splash proof body. It has a 20.3 megapixel CMOS sensor, the highest for a MFT camera, and features in-body image stabilization that works with the lens stabilization for even more stable shots. The GX8 can do ISO 25600, 8fps burst mode, and 4K30 video. The DFD autofocus system can focus in as low as 0.07 seconds and the contrast detect system can be used in light as low as -4EV. There is also a tilting 2.36M dot OLED viewfinder on the back and a fully articulated 1.04M dot 3-inch OLED viewfinder, along with Wi-Fi and NFC.

the first row of images are showing gx8 and the second row is showing fz300...

Which camera are you referring to? As the FZ300 has a pop up flash as well as hot shoe