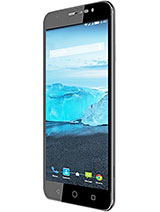 Once I restore the mobile, from that point I received (auto downloading) unknown software so I changed some settings & security apps too, but couldn't worked it out. I'm really sad as a Panasonic user. The worst phone I've ever had.

My small request to customer, don't buy Panasonic phones it's very worst phone, if I put charge it'll take 7hours charge,no battery back up, fb it's not work perfectly it's take long time to install and browsing also, I can't move phone memory to SD card memory,and worst service, service engineer also don't no about this phone, no respect for customer, no one don't take more then 500₹ this phone, and photo clarity also it's worst, I request Panasonic manage pls stop manufacturing mobile don't give this kind of phone....

I personally like Panasonic Eluga L2 . The phone is powered by 1.2GHz quad-core Qualcomm Snapdragon processor and it comes with 1GB of RAM.

I m not In stall ing to face book my phn

its worst phone i ever had. internal memory shows only 300mb free.. its really stupid phone. I updated software but again after few days same issue. no issue. pls dont buy

i purchased eluga l2 on 19 november 2015. it gave me problem the day i bought it. it hangs for 20-25 seconds. camera quality is not at all good. i tried ram boosting apps none worked. iam still using this phone with great problem. iam a student. i collected my money all most for a year. and finally bought eluga l2.. iam very sad that it gave me bad result.even i went to service centre they spoke very rude to me. now i feel like i should gone for samsung or sony.

dinesh, 28 Dec 2015how to change the ringtone in this phone ? my audio profile showing only two options.Setting->sound and notifications->phone ringtone

LOVEY, 18 Aug 2015when this smartphone is comming and guys tell me how is this....I buy Panasonic eluga l2 3 days ago but storage is not moving in SD card

i bought eluga l2 from big bazar vijayawada on this easter day for my wife.ie27th march 2016.today 5th april 2016 the phone is hanged.only 9 days.i am from gudivada,the service centre is in vijayawada.43kms from here.to release i have to carry it to vijayawada.
i went to big c gudivada,but thry told it has to be taken to service centre.
what a pity ...panasonic users....

My camera is not workin at all ... I have purchased it in September

1. Vibrate with Ringtone for incoming call is very Low.
2. Seems this phone do not support for OTG connections..