The Snapdragon 805 chipset was announced a while ago with four Krait 450 cores running at 2.5GHz and Adreno 420 graphics. It is Qualcomm's best system-on-chip to date and is expected to premiere on the next generation of flagship devices.

Somewhat surprisingly, the first deice we hear about running on the Snapdragon 805 SoC is Pantech Vega Iron 2 intended for the Korean market. The smartphone is rumored to pack a 5.5" 1080p display, 2GB of RAM, 13MP rear and 3MP front camera, 32/64GB storage, USB 3.0 support, LTE-A connectivity and 2,800 mAh battery. 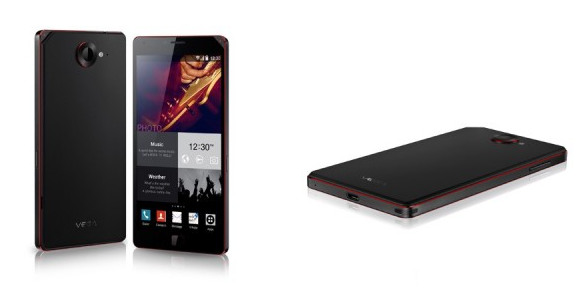 The Vega Iron 2 is expected to come in four versions - M-A910S, M-A910K, M-A910L, and M-A910D. The last one should be carrier free and probably intended for the overseas markets (although availability is likely to be limited), while the rest will be bound to the three major carriers in South Korea.

Pantech is currently having financial difficulties dues to low sales, but this new flagship might be just what the doctor prescribed to boost the sales.

snapdragon 805 is dual channel so no quad as you say also why more than 3GB? ..it's 32bit so 4 or 6GB are useless as they won't be used think/research then post your thoughts

Pantech should put their names in thier phones.. Like samsung and lg did.. They put their names infront and on top of their phone to recognize and to tell people what kind of phone is it.. Its also a marketing strategy.. Vega is a good phone.. Every ...