The UK will be getting Pink Galaxy S4 in January

Shopping for the end of the year holidays is almost over, time to plan ahead for the ones that come next year. Like Valentine's day, for example. Which is why UK retailer Phones4u has already announced that it will be exclusively be offering the Samsung Galaxy S4 in Pink early next year. 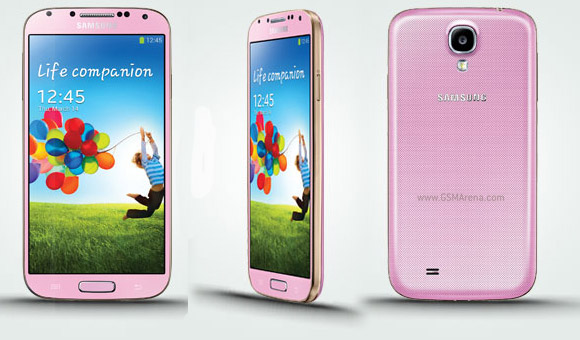 The color option comes in addition to the standard White and Blue colors and the, uh, other Blue color. Phones4u claims this means it offers the widest range of color options in the UK.

Anyway, the pink Galaxy S4 will be available for pre-order starting in early January 2014 for new contracts and upgrades. The phone will be free with a £33 contract (3G data) or £38 (4G data). The choice of carriers is Vodafone, E, Orange and T-Mobile.

Phones4u will also throw in a wireless speaker – the retailer doesn’t specify make or model, saying only it usually costs £120.

UK users who want a pink Samsung Galaxy phone, but find the Galaxy S4 either too small or too big, can check out the pink Galaxy Note 3 and pink Galaxy S4 mini.

the pink colour of galaxy s4 is the very beautiful luking because coming soon the day of love valentine so give the most gift of beauty ,,the pink color galaxy s4 coming january month ,,this colour can not compromise any other colour