The Meizu 16 is an oft-leaking flagship from the company in the last month or so. The company's CEO also helped keep the hype wave going after confirming a cooling vapor chamber for the Snapdragon 845 and teasing high screen-to-body ratio and in-display fingerprint scanner.

The latest one comes from a Twitter leakster, who posted a photo of two devices side by side, which are presumably the two variants of the Meizu 16 - the big one and the small one. 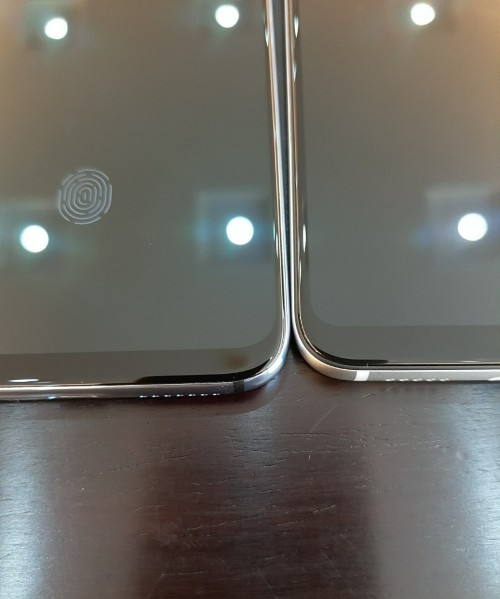 We can see that the left one comes with a tad smaller chin and shows a prompt for a placing your finger onto the screen. The image is in line with the previously leaked renders, too, further confirming its authenticity.

If all reports turn out to be true, the Meizu 16 shapes up to be a very interesting device, especially with a price that low. We have a just under two months to speculate so fasten your seat belts.

Stupid design if there is no wireless charging.

I'm not sure you refer to which version of Flyme firmware but I had experience from Flyme 5, 6 and latest Flyme 7. Is true, Flyme 5 is a bit lag but it keep improving and can notice it on Flyme 6 and Flyme 7. I like the Mback function very much a...

Well, if this has band 20 you git yourselves a deal Meizu!