There are plenty of rumors going around about the iPhone 5S, including things like a dual-LED flash and a fingerprint scanner. Now, leaked components of the next-gen iPhone show changes to the top of the back and around the home button, which might be due to the inclusion of just those components. 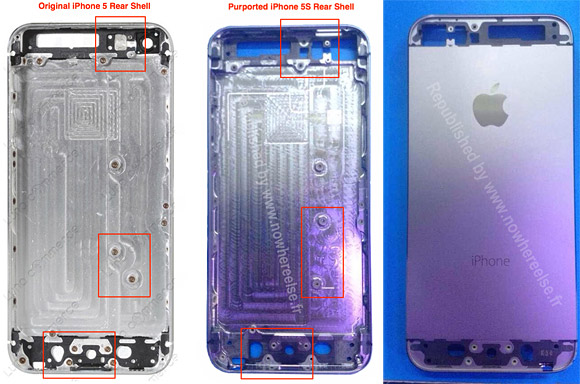 Another noticeable change in the components is that the mounting points for the motherboard have been moved around slightly. It seems to fit the previously leaked images of the back just right, but of course, none of these changes guarantee that we will see a more powerful flash or a fingerprint reader. 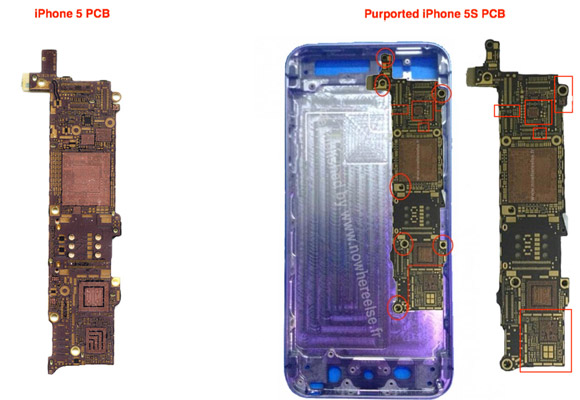 There was some talk of a 4.3" screen too, but neither the front nor the back pieces of the alleged iPhone 5S chassis seem to support that. Here's a better look at the front and the home button assembly. 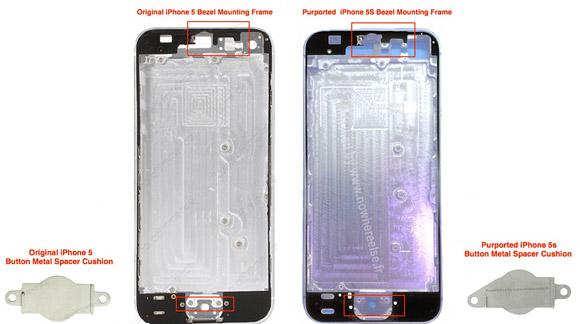 The Apple iPhone 5S along with its lower-cost sibling, the iPhone 5C, will be unveiled on September 10 and released on October 25 if the rumors are to be believed.

and because their friends have one

This phone will be a big adoo about nothing just like the 5 and 4s. Dual LED flash? been done. Hell my old Motorola ZN5 had a proper xenon flash. Biometric fingerprint reader. My old Motorola Atrix which is now a backup phone has a biometric fin...