Photos of Sony Nexus X leak [Update: They are fake]

Update: Turns out the images were an elaborate hoax by someone intent on fooling the media. You can read all about how the fake images below were created over here.

The LG-made Nexus phone is a given but in the end, there might be something in that rumor that multiple manufacturers will be offering Nexus phones. The Samsung Galaxy Nexus 2 rumors fizzled out, but now there are two good looking photos of a Sony-made Nexus phone.

Judging by the title of the two photos uploaded to Picasa, it's called Sony Nexus X. While the pics might be fakes, they are at least very realistic-looking fakes.

Unlike the LG design, the front of the Sony Nexus doesn’t look like the current Galaxy Nexus, going for a traditional rectangular Xperia design. The photo of the back also suggests an arc curve, another trademark Xperia design element. 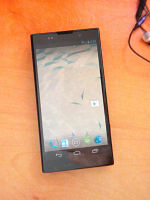 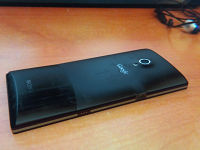 On the back there's a camera of unknown resolution (the options are 8MP or 13MP) with LED flash and there are also a standard microUSB port and pogo pins visible on the side.

There's not much else we can tell from these photos (taken with a Galaxy Nexus by the way, to keep things meta), but we can look at the rumored specs for the Sony C650X 'Odin' and C660X 'Yuga' for inspiration.

Thanks to Francis for the tip!

And what youre missing is that most of what you speak of is rumors and coming soon while the s3 has been out almost half a year now. Also a couple things you added into those specs are wishful thinking. So as it stands in most ways the s3 and the not...

People still thinking that Galaxy S3 is still the best phone available on the market, the truth is that the SGS3 WAS the best for a short couple of month but unfortunately, Exynos quad core doesn't even beat a dual core S4 Krait. Now, we are waiting ...