We've heard rumors of a phablet in the works from Nokia for a while now. Back in May we even saw a (blurry) glimpse of what appeared to be a large-screened Nokia device, expected to see the light of day as the Lumia 1030.

This latest leak which supposedly comes from a factory floor in China brings the phablet one step closer to reality. It measures 6-inches in diagonal and is supposedly already being mass-produced by Nokia. 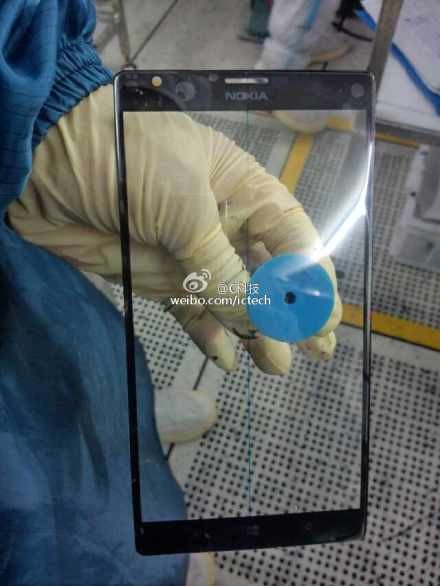 As you can tell from the image, it has a very thin bezel and looks to also feature a slot for a front-facing camera. Unfortunately there's nothing else that we can make out from it and the source didn't provide any additional specs either.

It's possible Nokia may be readying this device for the anticipated Windows Phone GDR3 update. The new release is set to start seeding by the end of the year and will add support for 1080p resolution to the Windows Phone 8 platform as well as an additional column of tiles - perfect for larger, phablet-esque displays.

I beg to differ. Instead of bleating like a black sheep he sought after something more unique. Something more the line of what nokia fans, owners would enjoy instead of indulging in a 'FAD' OS. Android might be great yes but thats because the mass te...

Great devices yes. Innovative, lag-free yes but also boring, live tiles get a bit annoying but i guess it all boils down to personal preference