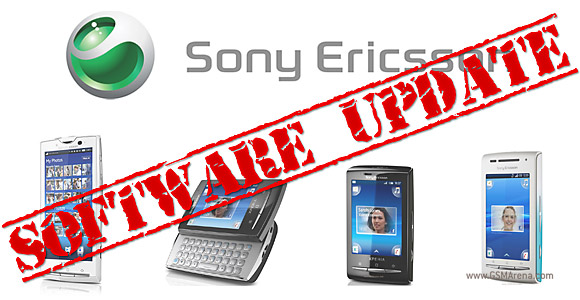 The most important thing about the update is that the X10 users will now enjoy the Pinch-to-zoom feature in Google Maps and the Internet browser. Unfortunately, there's now word on the situation with the Gallery.

Another highlight of the update is the added support for bi-directional languages, such as Arabic, Farsi, Thai and Hebrew, which were missing until now.

Here are some other improvements that the update brings to the XPERIA X10 family and the XPERIA X8:

For the XPERIA X8 and the X10 minis, Sony Ericsson has also included ANT+ support, which basically enables your phone to communicate and get data from external health-monitoring equipment such as heart rate monitors, distance and speed meters, etc.

my 10x has pinch zoom now

I got the update for X8, confirmed they just made some icons look good. just a bit faster, but no multitouch. this sucks.

I kept asking Vodafone UK and sony ericsson about the update but after they both couldnt give me a date I rooted my phone and changed the region code to global generic and then my update was avialable instantly on SEUS and PC companion :-)