Pixel 4 to have a taller screen, Pixel 4 XL to stay about the same, new report claims

Google responded to the leaked renders of the Pixel 4 by revealing the design of the back, confirming the square dual camera. But the rumors do not end there – @OnLeaks just revealed the likely dimensions of the new Google flagship.

The fourth-generation Pixels will be slightly thicker (8.2mm vs. 7.9mm), which may lead to a bump in battery capacity. Note that both models measure 9.3mm at their thickest point – the square dual camera. 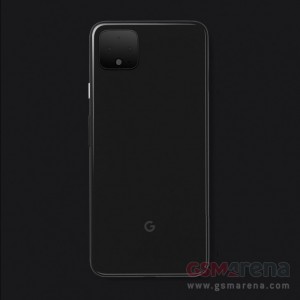 Official image of the Pixel 4

So far only the design of the rear of the Pixel 4 has been revealed – it’s not clear how Google will change the front. These unconfirmed photos show a dual punch hole camera in the top right of the screen (this screen protector shows the same). Good thing too as notches (especially huge ones like on the 3 XL) are going out of fashion fast.

When do people finally understand that the quality from Pixel camera's comes from its world leading software and not from the hardware. Google uses the same AI image processing software that made the NIK collection famous and Snapseed a wonderf...

pixel camera can not be compared with those crappy cameras you are used to and live with anyway. if you are a cheap person , just be it why try to force to say being cheap is good,lmfao note 9 or s9 cameras are inferior to pixel 3. bummer. now name...