There’s a missing step between Clearly White and Just Black and it’s not Oh So Orange. We’re talking about the color options for the Google Pixel 4 XL, of course – apparently, there could have been another color, gray.

This was discovered by Twitter user @akes29 who spotted the unreleased prototype on Alibaba. And it sure is a prototype, the label on its back makes it clear that this device has not been certified by the FCC and should not be sold, instead it is intended for internal testing only.

Anyway, this unreleased color scheme features a dark gray back and a light gray button (the metal frame of the Pixel 4 XL is always painted in black). Considering that the smaller Pixel 4 launched in the same colors as the XL, there may be a gray version of that out there too. 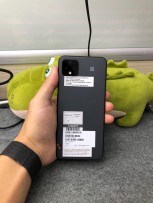 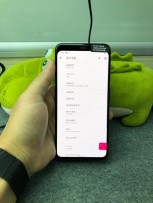 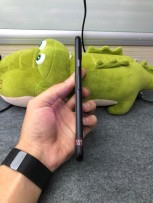 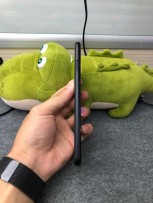 It’s not clear why Google decided against releasing this color for the 4 XL, but the Pixel 4a is another chance for fans of gray – check out this photo of its retail box and this hands-on video, the back is clearly lighter than the black camera island.

Pretty much nailed it, with a bigger battery you could have had half a day more. I'm not knocking Pixel owners, I'm one myself, but that battery is a compromise. If love a 4XL or 3XL, but I'd want to see a fair pump in battery. Google get much right,...

Granted, but imagine those improvements with a 4000mA battery, day and a half of heavy use, be sweet.

Ever heard of Adaptive Battery. My Pixel 4 non XL is lasting me an entire day of watching YouTube.