POCO is preparing to unveil its first phones as an independent brand and they will be called Pocophone F2. We say “they” as the most recent leaks describe at least two models, the F2 and F2 Lite. They are not the most consistent leaks, however.

YouTube channel RevAtlas received an email about the Pocophone F2 Lite with three photos attached along with some basic specs. The phone will allegedly be powered by a Snapdragon 765G chipset with 6GB of RAM, 5,000mAh battery and it will feature a high res camera, though no further details were given about it. 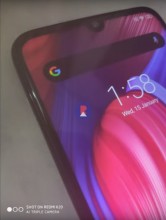 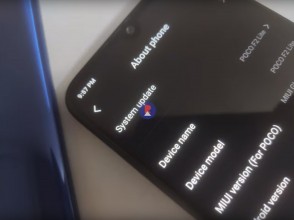 The Snapdragon 765G is the chipset inside the Redmi K30 5G, which doesn’t make sense for a “Lite” model, especially when you consider the second leak.

POCO has requested a certification for a handset model M1912G8BI – that’s the 4G version of the Redmi K30 with a Snapdragon 730G chipset. If there’s a “Lite” model coming, this is more likely to be it than a 5G phone with a newer chip.

Plus, the phone seen in the images has a teardrop notch for the selfie camera instead of a dual punch hole like both K30 models. Usually, related models don’t have that much hardware difference between them.

Anyway, according to the email, POCO is set to unveil three new devices this year. They will be based on Mi models (the K30 family, by the looks of it). It’s not clear if the third model in the family will be a flagship (Xiaomi probably has a Snapdragon 865-based phone in the works).

Last year there were rumors that Xiaomi will rebrand the Redmi K20 as the “Pocophone F2” in some markets, though that didn’t come to pass. The Redmi K20 does go under “Mi 9T” in some regions, though. All we’re saying is, don’t treat these leaks as gospel.

Oh, I didn't know that. Interesting!

Would be better if NFC planned on it